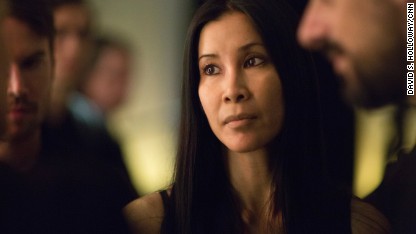 This Is Life with Lisa Ling Comes To CNN

In THIS IS LIFE, award-winning journalist and author Lisa Ling takes us on a gritty, breathtaking journey to far corners of America. Here, Ling introduces us to sub-cultures and communities that are unusual, extraordinary and sometimes dangerous; often getting people to share things that they haven’t shared with their closest friends or even family members.  This new CNN Original Series is produced by part2 pictures and premieres on Sunday, September 28, 2014 at 10pm, ET/PT.

Said Ling, “I have always believed that the more we know about each other, the more evolved we become. I am absolutely thrilled to bring stories of everyday people with extraordinary lives to the premier global journalism platform, CNN. I hope viewers will open their hearts and minds to the incredible worlds we’re about to explore together.”

“Lisa is a seasoned reporter with an unbelievable ability to connect with the people she interviews, issues she examines and the audience she enlightens. CNN is thrilled to have her compelling and fearless storytelling as part of our Original Series line-up,” said Amy Entelis, senior vice president of talent and content development for CNN Worldwide.

Each hour-long episode, in the eight-part series, gives a raw and honest look into unconventional lifestyles that exist in our own backyard. Screeners of two episodes, detailed below, are available for review upon request:

“We imagine this series as a time-capsule of America as it is right at this moment.  Exploring its many unique worlds, Lisa brings us in to get up-close and personal with people we think we might know, and surprises us with the depth and richness of their stories.  It’s been a great experience bringing this series to CNN and working as partners in their mission to bring the ever changing world into focus for their audience,” said David Shadrack Smith, founder of part2 pictures.

The series will be available, in simulcast, through CNNx for iPad, as well as through “Watch CNN” via http://www.cnn.com and CNN’s mobile applications. Viewers are invited to engage and interact on Facebook (facebook.com/CNN) and on CNN.com/ThisIsLife.  On Twitter, viewers can follow @CNNOrigSeries using #ThisIsLife.

THIS IS LIFE WITH LISA LING is produced for CNN by part2 pictures, with executive producers Lisa Ling, Amy Bucher and David Shadrack Smith.

part2 pictures is a content creator of award-winning, high-end programming across documentary, talent-driven formats, magazine reportage and lifestyle genres for broadcast and cable outlets.   Based in Brooklyn and led by David Shadrack Smith, the company’s credits include critically acclaimed shows such as Our America with Lisa Ling (OWN), Dixie Mafia (Discovery) Polygamy USA (NatGeo), Engineering Ground Zero (NOVA), Hard Time (NatGeo), and feature documentaries like An Honest Liar.  Upcoming major shows and series include a landmark series with Oprah Winfrey and Belief.  Since launching in 2007, part2 pictures has partnered with over a dozen networks, delivered more than 130 hours of programming, filmed in 35 countries and earned two Emmy awards, four Cine awards, a Gracie award and a Sundance Jury Prize. www.part2pictures.com