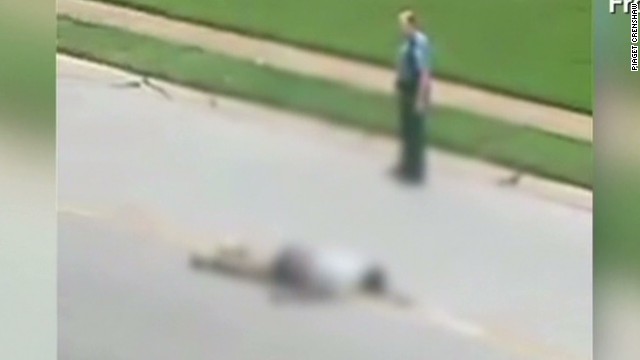 Today on New Day, Piaget Crenshaw – a witnessed the shooting of Michael Brown – shared new video she recorded immediately after the incident. Piaget told Michaela Pereira “To see something like this outside of my window … it’s just, traumatizing.” Crenshaw said Brown was running away from police and then turned around. She said that was when Brown was shot.

In the video, you can hear Crenshaw’s emotional response to what she had just seen. “God bless his soul,” she said. “Police shot this boy outside my apartment.”