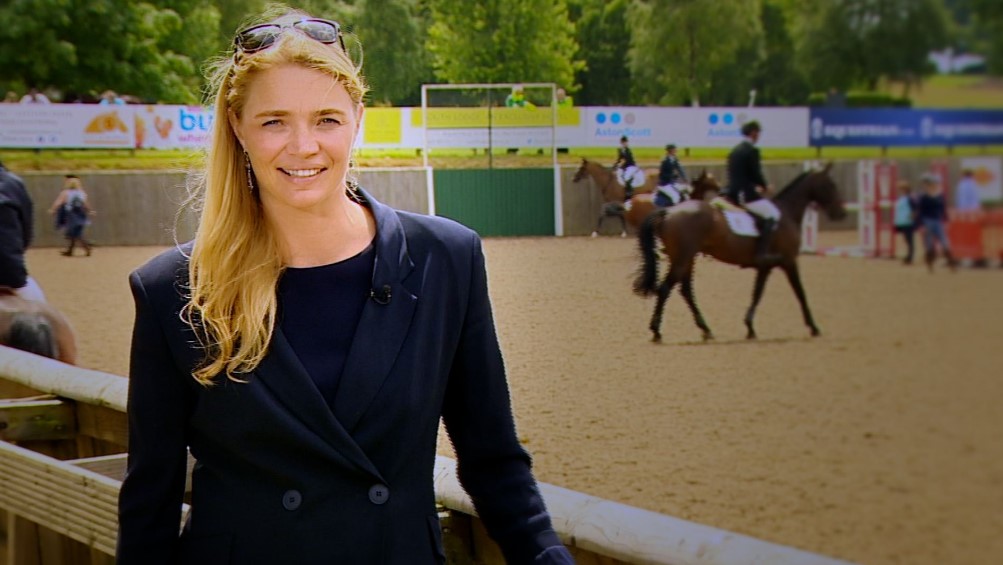 In the first of four special programmes, ‘CNN Equestrian’ host Jodie Kidd travels to Caen, France, to report on all the action from the Alltech FEI World Equestrian Games. Kidd interviews top competitors, and showcases the unique skill, athleticism and elegance of horse and rider teams.

The Art of Movement This month ‘The Art of Movement’ explores the many wonders of the millions of living creatures and organisms moving through our oceans every day. Some create amazing visual displays and others hold secrets that can improve human life.

CNN Special Correspondent Philippe Cousteau travels to Laguna Grande in Puerto Rico, to one of the few places on earth where parts of the ocean light up because of movement in the water – a phenomenon called ‘bioluminescence’.

The programme also examines jellyfish swimming the waters of Japan, that have the ability to live forever. The show begins in Louisville, Kentucky, at the PGA Championship where host Shane O’Donoghue interviews Tom Watson. The United States captain is under intense pressure to win the Cup for the US for the first time since 2008 and the programme takes a look at the media scrutiny surrounding him. ‘Living Golf’ also talks to journalists, pundits and experts to see how they think the Cup and the captain will go.

While there, O’Donoghue catches up with the man of the moment and the player no US player wants to play in Gleneagles, PGA champion Rory McIlroy.

‘Living Golf’ also studies the history of the Ryder Cup and how it all started with a friendly match between USA and Great Britain at Gleneagles in 1921.

At Wentworth, the programme catches up with two players already on their respective teams, Rickie Fowler and Martin Kaymer. They’re playing in the Gary Player Invitational Pro-Am but both are already thinking about more serious matters in late September.

The programme also studies the Gleneagles PGA Centenary course in detail, meeting ex-Ryder Cup captains, Sam Torrance and Curtis Strange, as they take us around the course and reveal where the match could be won and lost. The programme explores the secrets behind the Italian marque’s longevity in Formula 1 including a behind the scenes tour of the Ferrari stables. ‘The Circuit’ also speaks with Team Principal Marco Mattiacci and takes a look at the logistics of Formula 1, tracking the journey of Pirelli’s tyres from their Istanbul factory to the Monza circuit. A rice field in Bali

This month ‘CNN Go’ travels to beautiful Bali. The programme goes beyond the daily tourist trail and looks at why this island has beckoned so many to its shores.

Legendary Indonesian surfer Rizal Tanjung shows ‘CNN Go’ where he first fell in love with the waves and lets the cameras get a close up look at the world famous pipe of Padang Padang.

Artist Natisa Jones shows the more mellow side of the island in Sanur and takes the programme up into the green fields of Ubud to try the famous pig dish ‘babi guling’ and gives the show an insight into Bali’s new art scene.

Chef Chris Salans from Ubud’s top restaurant, Mozaic, takes ‘CNN Go’ into the rice fields to give the programme a taste of inspiration for his menu, while sunglass designer Suki shows the cameras where the hip and beautiful hang out at Potato Head beach club. Here, scientists are creating a star as a source of potential power. They simulate the conditions you find at the centre of the Sun inside a massive donut-shaped chamber called a Tokamak (the largest in the world).

They heat the inside to 200 million degrees Celsius, pump in two types of hydrogen and at this heat and pressure the molecules slam together creating huge amounts of heat and energy. This heat is then used to heat water to create steam that will power a turbine.

The project is a tested and proven power source and the Culham Centre are now building a commercial power plant in the south of France.