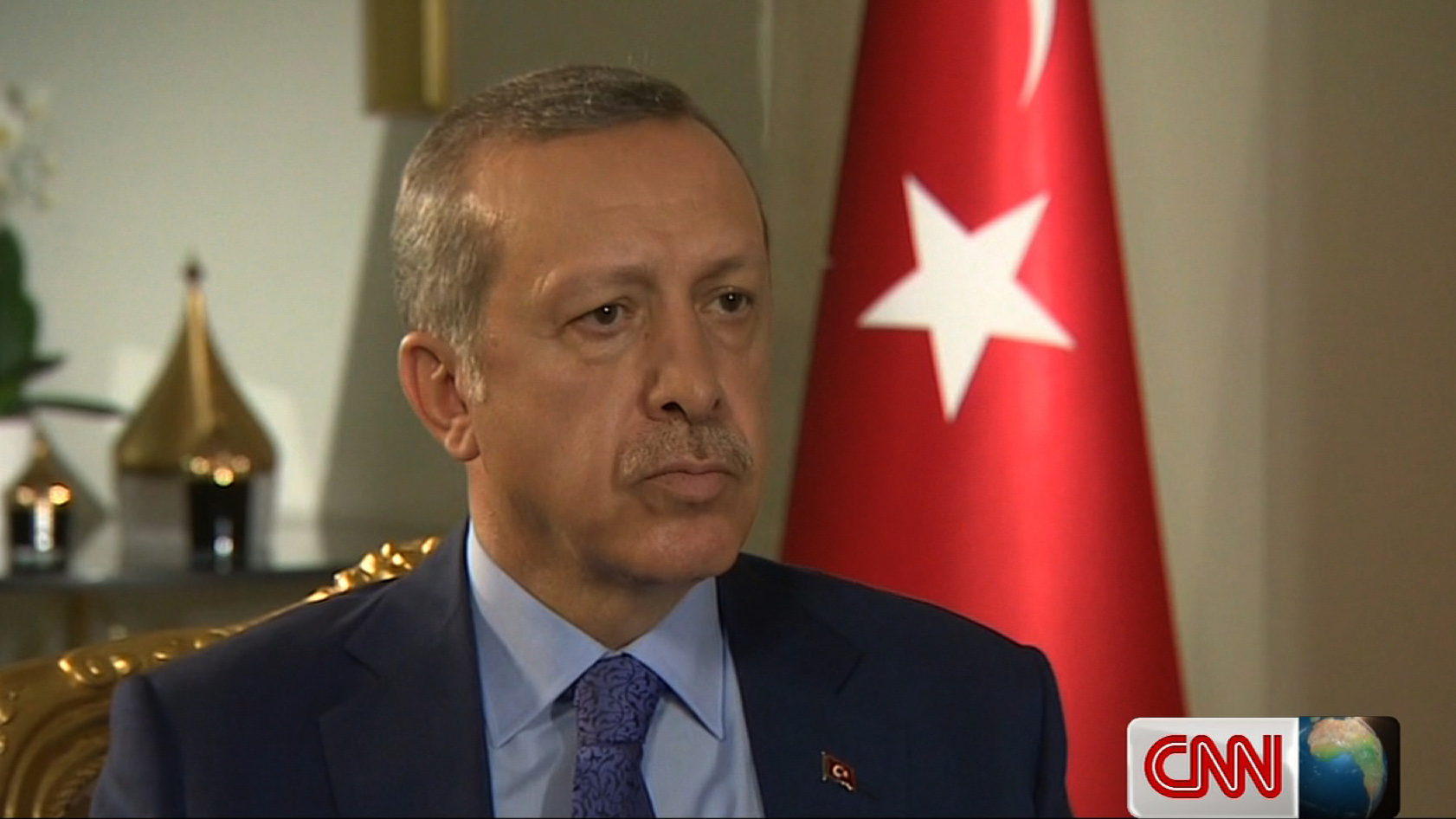 Turkish PM Erdogan to CNN: “Israel is a terror state.”

In an interview recorded Wednesday with CNN’s Becky Anderson (@beckycnn), Turkish Prime Minister Recep Tayyip Erdogan accused Israel of being a “terror state,” saying that the country’s operation in Gaza was “creating a wave of terror.”

Erdogan also denied that the governments of Turkey or Qatar were involved in the funding of Hamas’ terrorist activities, saying the only support his country is offering to the people of Gaza is humanitarian.

“Qatar’s cooperation with Turkey has always been to be on the side of the persecuted and to support them through humanitarian aid. This is what’s being done.”

The full interview will air Thursday at 11aET on CNN International’s Connect the World with Becky Anderson.

HIGHLIGHTS
Becky Anderson, CNN: Can I just put one comment that’s been made today, to you? The Israeli president has criticised what he called ‘Qatar’s funding of terrorism’, alluding to sending money for rockets and tunnel building. Now it’s between Qatar and Turkey that there is this effort to build some sort of initiative which will be good for both Israel and Hamas’ side. What’s your response to a comment like that from the Israeli president?

Recep Tayyip Erdogan, Turkish Prime Minister: Look, let me respond to this comment of Israel with one particular thing. One – who finances Israel? Two – Israel is a terror state; they are creating a wave of terror with what they’re doing now. Qatar is standing by the persecuted and the victims by offering humanitarian aid. Qatar’s cooperation with Turkey has always been to be on the side of the persecuted and to support them through humanitarian aid. This is what’s being done. To cast a different role to Qatar, or to cast a different role to Turkey, first of all, shows how bad the intention of those casting those roles. Right now, we are a member state of NATO and we are a country which acts within the framework together with our partners in NATO. We have an international identity, a character. We never got involved with terror – we have always fought against terror.