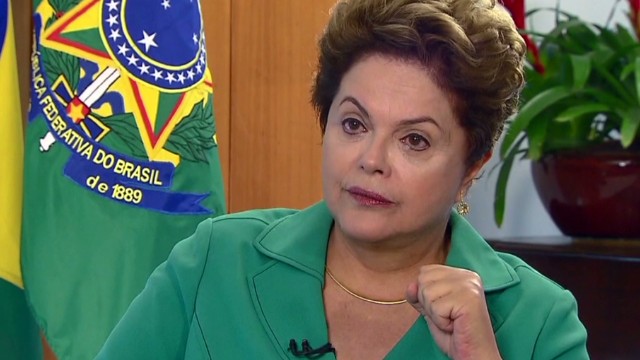 Never in her worst nightmares did Brazilian President Dilma Rousseff imagine such a crushing soccer defeat, she told CNN’s Christiane Amanpour in an exclusive interview on Wednesday.

“My nightmares never got so bad, Christiane,” she said through an interpreter. “They never went that far. As a supporter, of course, I am deeply sorry because I share the same sorrow of all supporters. But I also know that we are a country that has one very peculiar feature. We rise to the challenge of adversity.”

Brazil, she said, will recover from this “extremely painful situation.” She added “Being able to overcome defeat I think is the feature and hallmark of a major national team and of a great country.”