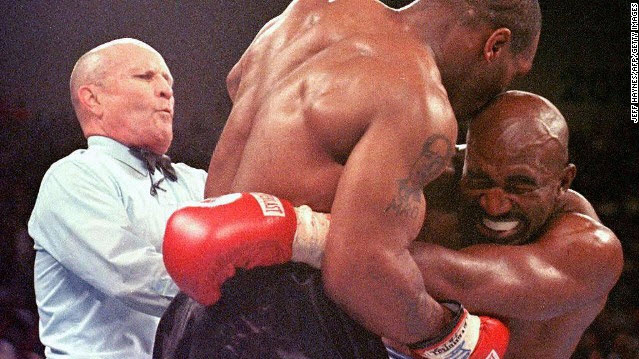 On The World Right Now with Hala Gorani tonight, former heavyweight boxing champion Evander Holyfield recounts his own brush with a biting sportsman, in his notorious clash with Mike Tyson.

In the wake of the World Cup controversy involving Uruguay’s Luis Suarez, Gorani will be asking Holyfield about the alleged biting incident, and getting his take on what drives a sports star to bite an opponent.

Viewers can submit their own questions for Holyfield by tweeting them to @HalaGorani.