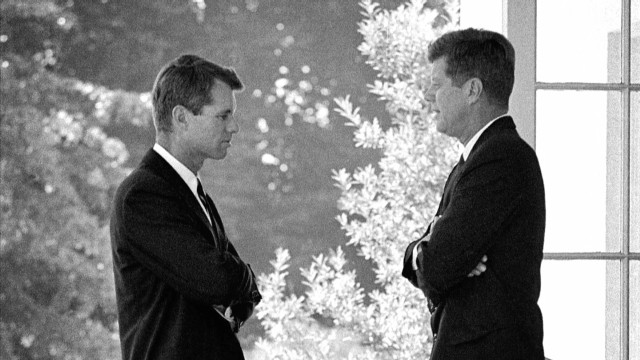 The early 1960s were some of the most dramatic years of the Cold War as several key events influenced the early days of the Kennedy presidency.  The Thursday, June 5 episode of The World on The Brink,  examines how the political and military tensions between the U.S. and the U.S.S.R. at the start of the decade were reflected through the prism of the Bay of Pigs Invasion, construction of the Berlin Wall, and the Cuban Missile Crisis, revealing an increasingly strained relationship as the two nuclear superpowers careened from crisis to crisis. The son of the former Soviet premier, Sergei Khrushchev describes how close the U.S. and U.S.S.R came to igniting World War III with the high stakes brinksmanship. Marvin Kalb, Robert Dallek, Evan Thomas, and Richard Reeves are just a few of the people who provide historical context for this harrowing time, and explain how the teetering on confrontation gave way to the Limited Nuclear Test Ban Treaty.