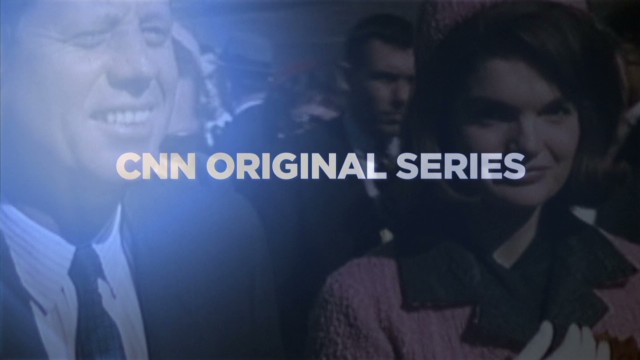 11 Smithsonian Affiliates, additional world-class institutions, and private collections, including the Rock & Roll Hall of Fame and Museum, bring the 1960s to life with artifacts from the Cold War, Civil Rights Movement, Woodstock, and more

Exhibit bows during the premiere week of CNN’s THE SIXTIES, which debuts May 29 at 9:00pmET and PT

CNN today announced A Look into the Sixties, a special exhibit curated in cooperation with 11 Smithsonian-affiliated museums that will open to the public on Tuesday, May 27, at Vanderbilt Hall in New York City’s historic Grand Central Terminal. The exhibit, which celebrates the 1960s — an era of momentous change in America — coincides with the May 29 premiere of THE SIXTIES a new series for CNN, executive produced by Tom Hanks and Gary Goetzman.

“We are so pleased to be partnering with the Smithsonian and its Affiliates on this inspiring, evocative exhibition.  Bringing the series to life through these artifacts adds a unique dimension to our storytelling, and will allow visitors to experience first-hand this look at the 10 dynamic, turbulent years that changed the world,” said Jeff Zucker, president of CNN Worldwide.

The exhibit features items emblematic of the people, topics, and events explored in the 10 episodes of THE SIXTIES. Visitors to the exhibit will have the opportunity to see artifacts including the original bench from the Alabama jail cell where Dr. Martin Luther King, Jr. penned his famous Letter From A Birmingham Jail, the in-flight coveralls worn by Neil Armstrong while training for his flight to the moon, original posters from the 1969 Woodstock Festival, and rare Beatles memorabilia from the height of their popularity. Other noteworthy artifacts include:

All items are generously on loan by 11 Smithsonian-affiliated museums from around the country, as well as other local museums, the Rock & Roll Hall of Fame and Museum, and private collectors.

“We are thrilled to see so many artifacts from nearly a dozen Smithsonian Affiliate organizations on display in this historic location to tell the story of the 1960s,” added Harold Closter, director of Smithsonian Affiliations. “This exhibition provides unprecedented exposure to the many quality Affiliate museums across the country and we hope that – by giving the public a taste of what is available to them at these world-class museums – it will encourage more visits and greater interest in their collections.”

The exhibit will also feature a 1960s-inspired living room, which will host a series of informal “living room chats” with a diverse group of experts on a variety of historically-themed inspired by the artifacts on display. No reservations are required for the docent-led discussions, but space is limited and places will fill on a first come, first served basis. The following schedule of programs will be presented as living room chats:

A Look Into the Sixties will be on display in Vanderbilt Hall and remain open to the public from Tuesday, May 27 through Friday, May 30. The exhibit is free of charge. In addition to the living room chats, onsite docents will be available in the exhibit area to guide visitors and answer questions about the artifacts. Viewers unable to visit the exhibit in person will be able to experience the exhibit online after the exhibition opens.

THE SIXTIES television series exploring the 10 years that changed the world will premiere on CNN/U.S. on Thursday, May 29, at 9:00 p.m. ET and PT. Viewers can find more information on THE SIXTIES by visiting www.cnn.com/sixties and by following @TheSixtiesCNN via Twitter and using #TheSixties.