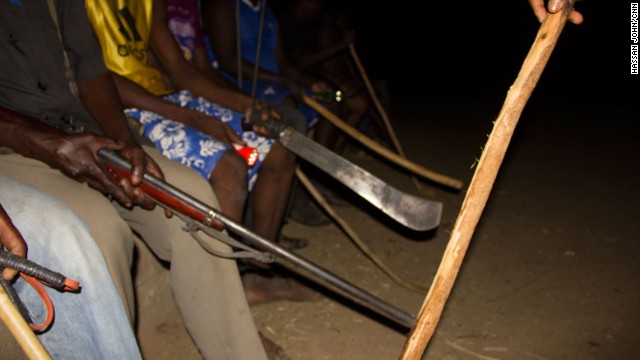 In an exclusive report, CNN’s Nima Elgabir (@nimaCNN) followed residents of Chibok, Nigeria, as they went on a night patrol in the absence of security in the region.

Elbagir speaks with an eyewitness to the night Hoko Baram kidnapped 200+ schoolgirls, who recounts, ” And it was very dark. But the sound of gunshots, explosions everywhere. We have to run into the bushes for our lives. So it was a horrifying night.” He continued, “Fear is all over. Fear is everywhere.”