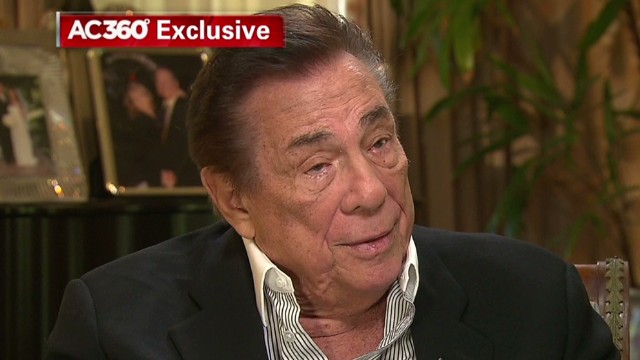 CNN’s Anderson Cooper sat down for an exclusive interview with Donald Sterling in Los Angeles. The LA Clippers owner says he’s sorry for making racist comments. “That’s not the way I talk,” he says. I was ‘baited’ into ‘a terrible mistake.’

“When I listen to that tape, I don’t even know how I can say words like that. … I don’t know why the girl had me say those things.”

CLIP: Donald Sterling on if he has apologized to Magic Johnson: