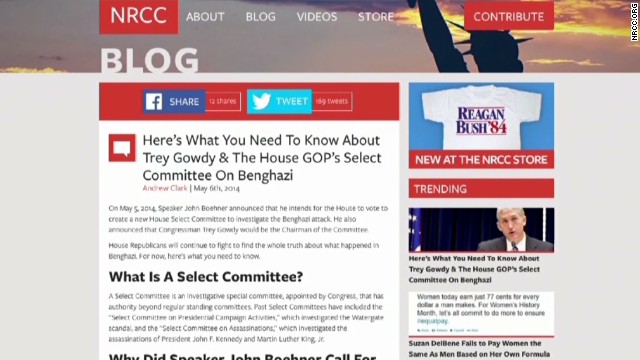 (CNN) – When Ambassador Chris Stevens, Sean Smith, Tyrone Woods, and Glen Doherty lost their lives on September 11th, 2012 in an attack on U.S. compounds in Benghazi, Libya, Americans wanted to know what happened, and why.

Nearly two years later, some are still asking that question. The House is expected to pass by Republican approval a resolution to create a special committee to investigate what happened in Benghazi. It will have seven Republicans and five Democrats. House Minority Leader Nancy Pelosi and other House Democratic leaders says the lack of an even divide between the parties shows this is part of a partisan game, but House Speaker John Boehner says it’s about a real mission.

There have already been 13 hearings, 50 briefings, more than 25,000 pages of documents, and several reports that have come out of the investigation into the attack, including recommendations for changes and reprimands for State Department employees.

How is this committee going to learn anything new?

“We need all the documents, we need all the witnesses,” says Rep. Trey Gowdy, R-South Carolina, he’s heading up the select committee.

For more of our interview with Congressman Trey Gowdy, check out the video above.