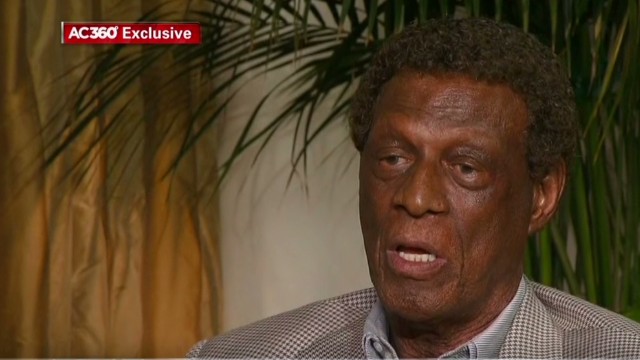 Tonight on Anderson Cooper 360°, former Clippers G.M. Elgin Baylor and his wife Elaine spoke exclusively to Anderson Cooper for the first time since news of the Sterling tape broke.

Baylor is an 11-time NBA All Star and a Basketball Hall of Famer. For more than two decades, he was the General Manager of the L.A. Clippers. He says he was fired unfairly and filed a wrongful-termination suit against the team, naming Donald Sterling directly in his complaint.

He talked to Cooper about his experience working for Sterling and how Sterling would bring women into the locker room and point out the black players saying “Look at those beautiful black bodies.”