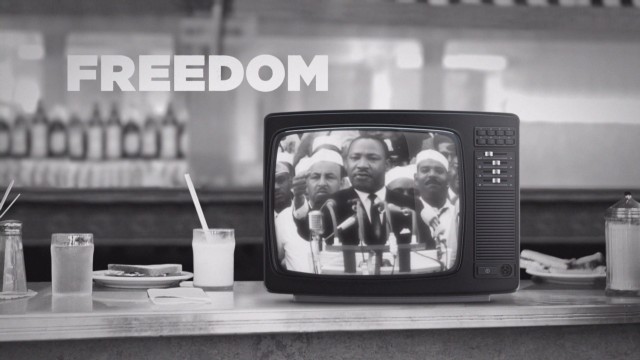 ‘THE SIXTIES’ from Tom Hanks and Gary Goetzman Debuts Thursday, May 29

Critically-acclaimed series from Playtone, Herzog & Co. explores the decade that changed everything

From the Cold War to the war in Vietnam, to the struggles for equality in America’s courtrooms and streets, the assassinations of JFK, MLK, Malcolm X, and RFK, the new politics, music, fashion, and technology of the 1960s reflected a period of monumental social and political change.  As the youngest of the “Baby Boom” generation, and several momentous events in the pivotal decade – , including the passage of the Civil Rights Act of 1964, the Gulf of Tonkin incident, and the Beatles appearance on The Ed Sullivan Show – turn 50 in 2014, THE SIXTIES on CNN takes a close look at the people, events, and discoveries that defined how Americans came to think about their government, their place in the world, and themselves.

Executive produced by multiple Emmy® award-winning producers Tom Hanks and Gary Goetzman (HBO’s John Adams and The Pacific) of Playtone, and Emmy® award-winning producer Mark Herzog (History’s Gettysburg) of Herzog & Co. (HCO), the landmark era of the 1960s is explored through their provocative and compelling 10-part CNN Original Series, THE SIXTIES, launching on Thursday, May 29, at 9:00pmET and PT.

“The 1960s represents different things to different people, but those turbulent years were undeniably consequential – altering virtually every aspect of modern American life for the generations that have come afterwards.  Given their extraordinary series capturing American revolutionary history and World War II, Playtone and HCO are perfect for a production of this broad scope and tremendous ambition,” said Amy Entelis, senior vice president of talent and content development for CNN Worldwide.

Launching with the one-hour special, THE SIXTIES: Television Comes of Age, and continuing for nine consecutive Thursdays, the arc of this sweeping series flows from the ubiquitousness of the new medium of television that documented the decade, traces the most tumultuous years of the freedom movements and the war, illuminates the significance of the triumphant lunar landing, and ends with the Boomers’ countercultural takes on music and mores: