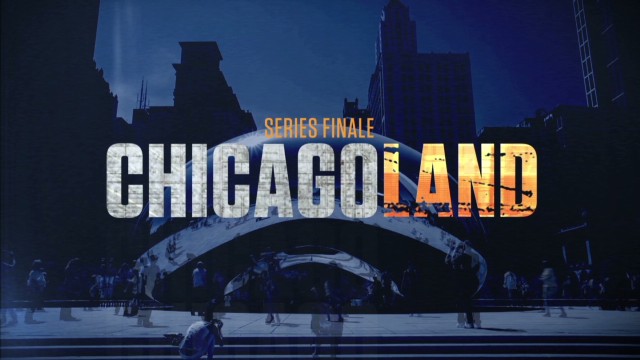 Series finale of CHICAGOLAND airs TONIGHT at 10pmET and PT

For tonight’s exciting conclusion of CHICAGOLAND, Mayor Rahm Emanuel lays out his vision for Chicago’s future – both in his annual budget address and at Chicago Ideas Week, where celebrated chef Mario Batali and renowned artist Hebru Brantley are also featured.  The pension crisis is the next great challenge for the Mayor – and, also for public employees like Chicago Fire Department’s Captain Joel Burns.  Police Superintendent Garry McCarthy and the CPD have reduced homicides significantly, but now have to ensure the public’s safety during the city’s marathon – in the wake of the tragic events in Boston.

Viewers can join in the live social media dialogue tonight for the series finale with the producers and featured participants in CHICAGOLAND, by logging into Twitter during the broadcast and using #Chicagoland, by following @CNNOrigSeries, or by visiting www.cnn.com/chicagoland.