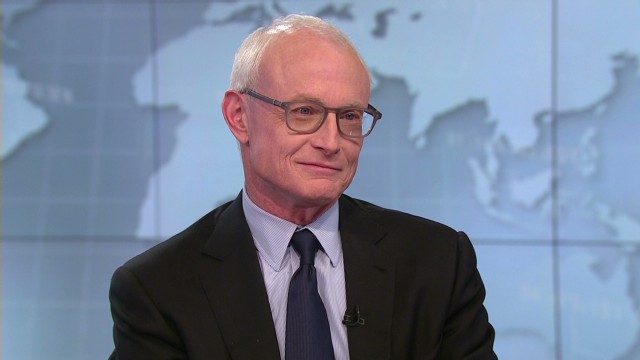 CNN’s FAREED ZAKARIA GPS features an interview with professor at the Harvard Business School, and Director at the Institute for Strategy and Competitiveness, Michael Porter. Porter spoke about “The Social Progress Index”, a new report that ranks countries on how well their citizens live. He discussed why the United States rank 16th.

In the interview, Porter said to Fareed, “At some level in America, we have incredible access to information and communication, but  if you look at objective measures of whether that’s penetrated very broadly throughout our population and to, really, all of our citizens, that’s where we start to come up short.”

FAREED ZAKARIA, HOST, GPS: The United States spends more on its military than the next 8 highest spending countries combined. The US has the highest GDP in the world. The rest of the world can’t get enough of America’s sneakers, songs, sodas, movies and iPhones. Eight of the 10 richest people in the world are American. But what does all this mean for the average American? Are his or her basic human needs being fulfilled? How does the average America’s quality of life compare with the rest of the world?  The answers aren’t pretty.  America fares surprisingly poorly in the groundbreaking new social progress index, recently released by a team lead by Michael Porter.  Porter is, of course, professor at the Harvard Business School, a hard core capitalist, a registered Republican.  He is said to be the most cited scholar in economics and business in the world. Welcome back to the show.

MICHAEL PORTER, HARVARD BUSINESS SCHOOL:  Thanks, Fareed. A pleasure to be here.

ZAKARIA:  So this is absolutely fascinating stuff.  You were shocked at what you learned about America.

PORTER:  Yes, I think — I think this was not the picture of America that I think many of us Americans have, uh, that we are a leader — a social leader, that we’ve advanced the ball in terms of opportunity, uh, and the needs of our citizens. And, and it shows anything but that.

ZAKARIA: So if you look at the Social Progress Index, on the whole, what’s striking is, um, the — the top countries are New Zealand, Switzerland, Iceland, these small countries.  But basically, then a lot of European countries and Canada beat the United States.

PORTER: So this effort tries to really, for the first time ever, take the — let’s call it the social or community or quality of life dimensions of a society and capture those in a rigorous measurement framework, using the best data available in the world, that’s the best and objective measures of these various multiple things. But of course, social progress or, uh, is — is a broad concept.

ZAKARIA:  Right.  And that’s where you break it down…

PORTER:  And that’s why we break it down…

ZAKARIA:  — into these subcategories. Health and wellness, Japan is number one, Italy is number two, Switzerland is number three.  You have to go all the way to 70 to get to the United States.

PORTER: It’s an area where the U.S., uh, if you actually look objectively, uh, we’re just not delivering.  Uh, we actually spend the most money on this of any country in the world, probably in all of recorded history, in terms of our health care budget every year, but in terms of the actual outcomes — and that, by the way, the Social Progress Index measures the outcomes you achieve…

ZAKARIA:  We’re — we’re — what I was struck by is you look at the countries that are around that number…

ZAKARIA:  — understand we — we do badly.

ZAKARIA:  At least a lot of people understand it.

ZAKARIA:  Here’s one that I was struck by, access to information and communications.

ZAKARIA:  We think we are the most networked, plugged in society.  And if you look at our top 5 percent, I suppose that’s true.  But, again, if you look at the rankings and — and I looked at how you’ve measured this.

ZAKARIA:  This is all very quantitative.

ZAKARIA:  Iceland is number one, Norway is number two, Sweden is number three.  To get to the United States, you — we have to go down to 23 on access to information and communications.

ZAKARIA:  What did — was it — did — did that surprise you and what does it tell you?

PORTER:  Uh, it — it does — it does surprise me.  Uh, I mean, again, at some level in America, we have incredible access to information and communication, but — but if you look at objective measures of whether that’s penetrated very broadly throughout our population and to, really, all of our citizens, that’s where we start to come up short.  You know, our mobile telephone subscriptions, you know, on that particular sub metric, it’s — we’re 83.  Even on press freedom, where we, you know, we are the land of the free, you know, but if you actually look at in the nitty-gritty, on the grassroots level, um, the international objective ranking systems show us to be, uh, you know, 21st…

ZAKARIA:  And on — on this — on this overall category, Jamaica…

ZAKARIA:  We’re between Jamaica and Latvia.

ZAKARIA:  Another category which I was fascinated by.

ZAKARIA:  And, again, if you look at the company we keep there, Cuba is ahead of us and Georgia is just behind us.

PORTER:  Yes.  Yes.  And that gets to things like, um, really, the enrollment in primary school.  Now, of course, most Americans go to primary school, but — but the percentage that do is actually not that high relative to some of the other countries.

PORTER:  The drop out rates…

PORTER:  — uh, and — and so you — you start to see that I think we, as Americans, don’t necessarily see ourselves the way we really are.  You know, we have this sort of, um, idealized view that we pioneered all this stuff, you know, the universal education and — and press freedom.  And we did. But to keep up and — and to keep driving and — and to expand and to access more and more people takes a very determined effort.  And, uh, and — and I think in this country, we, uh, we haven’t — we haven’t delivered, in many respects.

ZAKARIA:  That’s the great story, isn’t it part — I think because you’re right, so many of these areas, you know, access to education, the United States was absolutely the pioneer…

ZAKARIA:  But the great story seems to me the catchup…

ZAKARIA:  — the rise of the rest (INAUDIBLE)…

PORTER:  Everybody caught up and a lot of people have caught up and — and even passed us.  I think, you know, hopefully, Americans can, uh, we can start to look at ourselves honestly here.  We can look at ourselves objectively.  We can understand that there’s a tremendous both social and economic interest in — in moving America forward, back closer to a leadership position on — on many of these areas.  And — and I, frankly, I think the reason we are such a leader economically is because many, many years ago, we made commitments to be leaders in all these areas.  Uh, but now that’s kind of fraying.  And it’s interesting that this message, all over the world, uh, is — has… has been strikingly received in the sense that people are very interested, because it turns out that no matter who you are, even if you’re Sweden or New Zealand, that are on the top of our list, there are still red marks on your report card.

ZAKARIA:  Michael Porter, a pleasure to have you on.