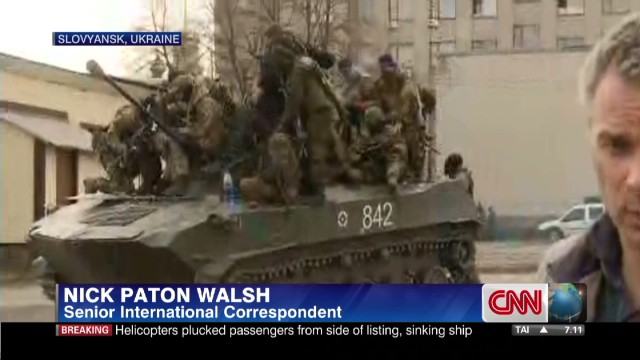 “It feels very calm here. We wouldn’t have been able to do this broadcast like this to you a couple days ago. People, I think, really feel now that tension has passed, perhaps the moment is over,” Walsh reports.

“What happens now? Does this stay part of Ukraine or  does it become a separate republic or does it become part of Russia? Those are the big questions. But this armor changing hands without violence quite a nightmare for the Kiev central government.”