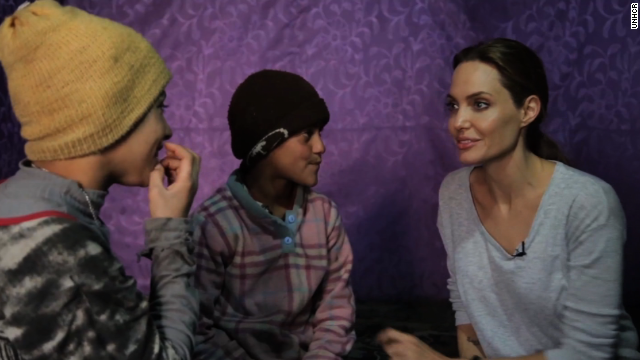 Lebanon could collapse under the weight of the massive influx of Syrian refugees, United Nations High Commissioner for Refugees Antonio Guterres warned in an interview with CNN’s Christiane Amanpour that aired Thursday.

Without economic and financial support, and an increased effort to share the burden of Syrian refugees, “Lebanon [does] not [have] the possibility to go on with the present situation,” Guterres said.

Angelina Jolie, a special envoy for the UNHCR, is highlighting the plight of Syrian refugees.

She recently visited with a family living in a Lebanese refugee camp, speaking with a young child, Hala, and her five siblings.