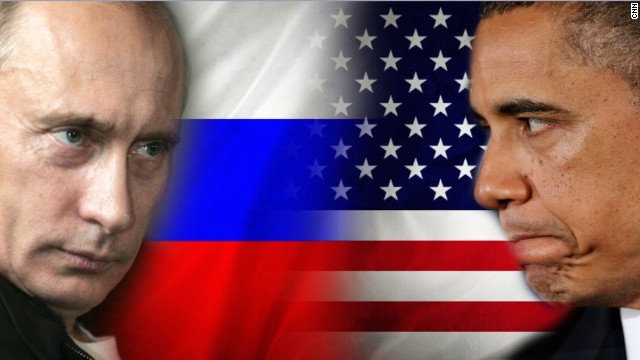 In a discussion about the U.S. involvement in the Ukraine crisis, Blinken said that the president will “bring the world together in support of Ukraine, and isolate Russia for its actions against Ukraine and to reassure our partners in NATO and in Europe.”

For the latest updates and information, check out the following blog post:

WH: ‘Chasing down every theory’ on MH370

CROWLEY: Joining me, White House deputy national security adviser Tony Blinken. Before we talk about the crisis in Crimea I wanted to just get a quick update from you. You were on here a couple of weeks ago; I asked you if you saw any terrorist element to the vanishing of this Malaysian flight. At the time everything was kind of open.

What do you know now? I know the FBI does have the flight simulator that was in the pilot’s home and they are looking at this.

Can you update us?

BLINKEN: Candy, first of all, our hearts go out the families of the loved ones who are living with this terrible uncertainty and we feel for them every day. The president has made this a priority. We put every asset we have available to help the Malaysians try and get to the facts.

So we have the FBI working on it, the NTSB; we have, as you know, a P-8 survey plane trying to find out what happened.

But the bottom line is this. We need to get the facts, but we can’t get ahead of the facts. And we do not know yet what happened to the plane, why it happened. We’re working on it. And this is something that we’re on every day in cooperation with Malaysians and with many other countries in the region.

CROWLEY: Do you know something that is not public? When you say we don’t know what happened, we don’t know how it happened, does that mean publicly you don’t know that or it really is like across the board all question marks?

BLINKEN: Publicly or privately we don’t know. We’re chasing down every theory, we’re looking at facts as they develop. But, again, the bottom line is we can’t get ahead of the facts.

And so this is what’s — the one encouraging thing, I would say, if there’s anything encouraging in a tragedy like this is you have countries working together in ways that they haven’t before. Not just the Malaysians, but we have the South Koreans, the Chinese, the Australians, New Zealand, the United States, Canada, all working in the same direction, which is to get to the bottom of what happened.

CROWLEY: Is there a prevailing theory?

Let me move to Ukraine’s eastern border where we’ve seen Russian troops along their western border amassing with some suggestion that they might move into different Ukrainian territory. It looks maybe as though they are trying to establish some sort of land way to get to Crimea.

What is the extent of your fear that that’s exactly what they are doing? Candy, it’s deeply concerning to see the Russian troop buildup along the border. It creates the potential for incidents, for instability. It’s likely that what they are trying to do is intimidate the Ukrainians. It’s possible that they are preparing to move in.

But here’s what we’re doing. The president this week will be in Europe, gathering the leaders of the G7 countries, the major industrial countries in the world, the European Union, NATO, China and others.

And what we’ve seen the president do in recent weeks and what we’ll see him do this week is bring the world together in support of Ukraine, to isolate Russia for its actions against Ukraine and to reassure our partners in NATO and in Europe.

CROWLEY: I want to play you just a little bit of what the president and others have said as this crisis began to build, sort of starting first before Russia went into Crimea and then ask you something on the other side.

BARACK OBAMA, PRESIDENT OF THE UNITED STATES: There will be costs for any military intervention in Ukraine.

JOHN KERRY, SECRETARY OF STATE: Intervention would, in our judgment, be a very, very grave mistake.

OBAMA: No country has the right to send in troops to another country unprovoked.

We’re making clear that there are consequences for their actions.

SUSAN RICE, U.S. AMBASSADOR TO THE U.N.: It will have consequences and it already has.

The fact of the matter is, despite all of this and the sanctions you put in place, the guy in Crimea is Putin. He’s pretty much claimed it as his own. And now we’re talking about, OK, don’t go in anyplace else.

So what is there to really stop this guy, because I don’t think he really cares if his friends don’t have access to their money.

I mean, doesn’t Putin care about Putin and what hurts Putin?

BLINKEN: Candy, this is exactly already a real cost from Putin and in Russia and the economy. Let’s look at what’s happened. As a result of the actions that Putin has taken and as a result of mobilizing the international community to isolate Russia for those actions, we’ve seen action. The stock market go down significantly including this week. We’ve seen the ruble get to an all-time low.

All three of those areas, Putin has sowed tremendous doubts and we have accentuated those doubts by the actions we’ve taken.

So this has had a real hit. But beyond that —

CROWLEY: Yet he’s in Crimea and his troops are now along the border sort of threatening, as you say, Ukraine in a different place. So it doesn’t seem to have — I get that the economy, but I don’t think Putin went to bed worried about where his next meal was coming from or whether he’d have housing or any of that.

BLINKEN: Actually, the compact that President Putin has with his people is if you remain politically compliant, I’ll deliver growth for you. That growth has stagnated even before this crisis. And everything that’s happened since, as a result of the efforts we’ve made, to isolate Russia for its actions in Ukraine has only made that worse.

And what we’re seeing every single day is Russia getting more and more isolated and its economy taking a bigger and bigger hit.

We had the finance minister of Russia worrying out loud in public about the hit that the economy was taking. We have the leader of the Association of Entrepreneurs, basically the oligarchs’ club, saying I’m really worried about investment drying up. This is having an impact on Russia. This has to get Putin to think twice.

CROWLEY: I’m running short of time. I just need a quick answer to this because I want to ask you about U.S.-Russian relations in general. Are you going to give Ukraine military aid?

BLINKEN: So we’re looking at every request that we’re getting from the Ukrainians. We’re studying —

CROWLEY: You said that for a couple of weeks. So have you decided that it should have military aid?

BLINKEN: All of that is under review. Let me say two things about that.

First, what we’re focused on is making sure that we can act in the areas that we can be the most immediately effective, and that involves supporting Ukraine economically and indeed we’d like to get this loan guarantee done. Congress is coming back. We hope it’ll pass the loan guarantee and IMF coda (ph) reform.

Second, we’re working as I said to make sure that there’s a cost exacted of Russia and indeed that it feels the pressure. That’s what we’re working on. And when it comes to military assistance we’re looking at it. The facts are these. Even if assistance were to go to Ukraine that’s very unlikely to change Russia’s calculus or prevent an invasion.

But let me move you on, because I do want to ask you about the overarching relationship between the U.S. and Russia. We have needed them in Syria; three years ago the president said Bashar al-Assad has to go.

This summer Bashar al-Assad is running for re-election. Iran is running out of time for the U.S. and Iran to come to some sort of deal on its nuclear ambitions. Russia has been seen as key to all of that. They’re already — so the assumption that that all falls apart now.

BLINKEN: Well, look, Candy, Russia in each of these areas is not acting because it wants to do a favor to us. It’s acting out of self- interest. And so we have had cooperation from Russia on Iran, as you said, on Afghanistan, on the New START treaty and to a lesser extent on Syria, at least it’s been focused on the chemical weapons. In each of these areas Russia is acting out of its perceived self-interest. That interest hasn’t changed. And so in that sense it’s likely that the cooperation will continue.

CROWLEY: Likely but you’re not for sure. There’s been no sort of heavy duty things going on since Crimea happened.

BLINKEN: We haven’t seen a pullback in that cooperation. In fact, we’ve had — our teams are working together on Iran, in the negotiations. That’s continuing.

CROWLEY: Thank you very much (INAUDIBLE) we appreciate it.