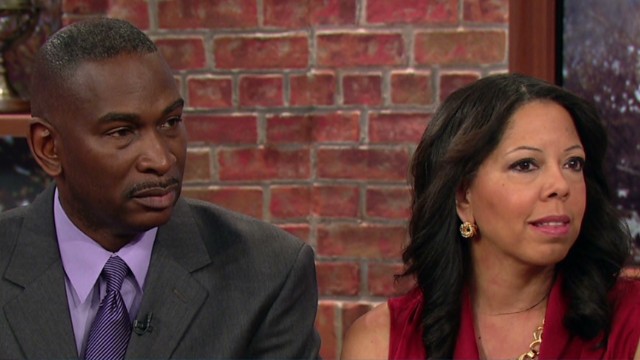 CNN New Day: Chris Cuomo sits down with the parents of Jordan Davis

Today on New Day, CNN’s Chris Cuomo sat down with the parents of Jordan Davis, the 17-year shot and killed by Michael Dunn in what’s been described as the ‘loud music trial.’  In the interview, Lucia McBath, told Cuomo what she wants people to know about her son.  She said “I was often amazed at how quickly he would make friends.  We would be in an environment where we didn’t know anybody.  Within 10, 15 minutes, ‘Mom, this is my new friend.  I made a new friend.’”

Davis’ parents talked about the verdict and their plans to fight to change Florida’s ‘stand your ground’ laws.  Lucia McBath and Ron Davis also talked about the one thing they don’t agree on which is forgiving Michael Dunn.