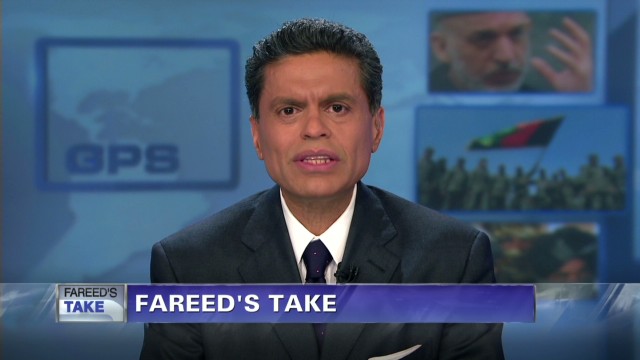 McFaul: “The Russian government does have tremendous capacity when it comes to listening to conversations” on Fareed Zakaria GPS

A transcript of the interview and videos from the show are available after the jump.

On GPS: Cultural factors for success

Keeping up with the technology boom

What in the World: Tunisia’s success

FAREED ZAKARIA, HOST:  Joining me now live from Sochi, Russia, is Michael McFaul, the U.S. Ambassador to Russia, who on Tuesday announced he will be leaving his post to return to Stanford University.

Over his more than two-year tenure in Moscow, McFaul has at times been deeply critical of the Putin administration.  In return, he’s been accused by the Kremlin of arrogance and undiplomatic behavior and he’s been hounded by pro-regime media outlets.

McFaul is in Sochi as part of President Obama’s official delegation.

Let me ask you, do you think at the end of the day it was a mistake to hold the games in Sochi?  This is essentially a war zone,  or very close, perilously close to a war zone and Russia could have held the games anywhere.  This is literally the southern most part of Russia.  Was this a mistake?

MICHAEL MCFAUL, U.S. AMBASSADOR TO RUSSIA:  Well, that decision was taken long before my time in government.  Whether it was a mistake or not is for others to judge.

I do know that we’ve been working closely with the Russian government for the last two years, since I’ve been here, in preparation for these games.  Our focus, number one, of course is security.  As of today, we have about 150 people from the embassy and United States here working closely with the Russians to focus so that we have a safe and secure games.

ZAKARIA:  Mike, when you look at whether it’s Syria, the Magnitsky laws, Snowden, American adoptions, it feels like Russian/American relations are in bad shape and that the reset hasn’t worked.

Why are they so adversarial?

MCFAUL:  Well, I wouldn’t put it that way, Fareed.  I would say we did reset relations five years ago with just a basic premise, that if we engage with the Russians we do have some common interests and through cooperation, it can be good for Russia, good for the United States.

And when you think about our core national security interests,  whether it’s Afghanistan, Iran, chemical weapons in Syria, trade and investment issues or reducing nuclear weapons in the world, those are all areas where we cooperate with the Russians.

It doesn’t mean we don’t have our disagreements.  And the list — go ahead.

ZAKARIA:  Let’s take a look at one of those.  In an interview last week with “Kommersant,” you said that one of your two failures you admitted to, you couldn’t get the Russian media, particularly the pro-regime media, to stop fomenting the rumor that the United States and Washington were trying to foment regime change in Moscow.

But Henry Kissinger on this program recently said that he thought on Ukraine, Washington should be much more or at least more sensitive to Russia’s interests and its concerns.  And he said Putin is probably assuming that we in Washington think that Kiev is a dress rehearsal for Moscow.

Is that a fair — is that fair that we should be more concerned about Russia’s interests?

MCFAUL:  My job here is to explain our policy and to be as transparent as possible about our support for civil society, about our engagement with regimes around the world, but most certainly Russia.

To say I failed, I said that, is because if I look at public opinion polls, most Russians still believe that we’re seeking to foment regime change in Russia.

Having said that, I’m glad you added regime-oriented media because there is a real debate in this country and if over the spread of the country that may be still the case.  When asked to evaluate my work in Russia, 91 percent of those polled on a liberal outlet, Ekho Moskvy, approved of it.  Only 9 percent disapprove.

So in that respect, I think we’ve made some progress in trying to explain to the Russian government and to the Russian people exactly what we do and don’t do with respect to support for civil society, democracy and human rights.

ZAKARIA:  Do you believe that the Russian government leaked the  phone conversation between Victoria Nuland, the State Department official, who said F the European Union with regard to their passivity on Ukraine?

MCFAUL:  Well, I haven’t seen any confirmation that it came from the Russians.  I’ve been down here in Sochi during this period.  I can say that the Russian government does have tremendous capacity when it comes to listening to conversations.  I’ve had one of mine put on the web before when I was — a couple years ago.  And most certainly we respect their capacities.  We don’t respect what I consider if it’s true, to be a real breach of diplomacy.  That’s just not the way we do business between countries.

ZAKARIA:  Mike, before you were a diplomat you wrote an article in Foreign Affairs in 2008.  It was a very tough piece on Putin’s Russia, really tough.  Now is it easy to understand in that context why the Putin government and why Putin himself probably mistrusts you?

MCFAUL:  I don’t want to make it about me personally.  I think my record as an adviser to President Obama, which really goes back seven years, not just the five years, I’ve been with the government for five but with him for seven, we have developed a very, you know, clear strategy for how to engage with Russia.  We’ve achieved a lot through cooperation and mutual respect.  And I would hope that President Putin understands that in the same way that I wrote that Foreign Affairs piece, I also was part and, you know, intimate player in developing that strategy which I think has made Russia better off and the United States better off.

ZAKARIA:  30 seconds, Mike.  Did Putin say anything to you and what was your what I assume will be your last meeting with him?

MCFAUL:  I haven’t seen him yet.  I’m sure — I’ve exchanged conversations about these very issues with him personally.  And I hope I get to see him before I leave Russia to thank him.  I’ve had a fantastic time here as a U.S. ambassador.  It’s been a — I’m very proud to represent my country here.

ZAKARIA:  Michael McFaul, thank you for joining us.  We look forward to hearing from you when you are back at Stanford.