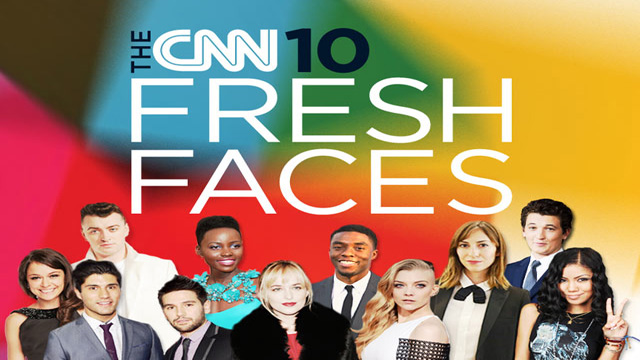 With the success of the CNN 10 Tech Lists last year, 2014 marks the expansion of the “CNN 10” into a monthly series that runs the gamut of fun and feature-y topics, including entertainment, health, tech, travel and beyond. This year’s first CNN 10 feature kicks off with the interactive Fresh Faces of Hollywood.

Next month, the Academy Awards will honor Hollywood’s heavyweights, so CNN’s Entertainment team chose 10 rising stars from the worlds of TV, movies and music, as well as their connections to literature, fashion, youth culture and counterculture to round out our list.

They also considered the many highly-anticipated debut and breakout projects that are likely to put the ‘pop’ in our culture over the next 12 months – and the feisty, fearless characters behind them. And whether you recognize these faces from earlier work or this is your first introduction, our team predicts the world will be seeing more of them this year.