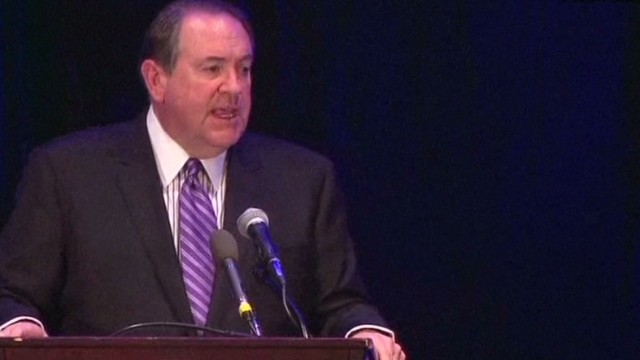 For the latest updates and information, check out the following blog posts.

Rand Paul says ‘women are winning’ the war on women

A transcript and videos of the interview are available after the jump.

Sen. Rand Paul on how to fix Washington

CROWLEY:  For the second year in a row, my next guest will be giving his own response to the state of the union address, though, not the official one.

Joining me now, Senator Rand Paul. He is a Republican from Kentucky, much talked about, much in the news guy these days. Senator Paul, thanks so much for joining us.

I want to start off on something that Dan Pfeiffer said to me, kind of repeatedly and the White House has said over the past couple of weeks, and it’s the idea of the president saying I want to work with Congress, but I do have a pen and a phone and I can do lots of things with the executive and administrative tools that are before me. When you hear the president talk about that, what does it say to you?

PAUL: It sounds vaguely like a threat and I think it also has a certain amount of arrogance in the sense that one of the fundamental principles of our country were the checks and balances that it wasn’t supposed to be easy to pass legislation. You had to debate and convince people.

He says, oh, well, it’s hard to get Congress to do anything. Well, yes, welcome to the real world. It’s hard to convince people to get legislation through. It takes consensus. But that’s what he needs to be doing is building consensus and not taking his pen and creating law.

CROWLEY: Well, for instance, when Congress would not pass the Dream Act which aloud young children who were brought to this country illegally by their parents to stay in this country, he did that by administrative directive. He has done some things around existing gun control to try to kind of tighten things up.

He’s done some things around climate change and climate control, particularly, when it comes to some of the carbon emissions. So, that’s all perfectly legal, is it not?

PAUL: Well, yes and no. I mean, there’s debate on some of those issues. What I would say is that the problem in Washington is, we need to find a way to compromise, but many people think, oh, you just need to split the difference on everything and that’s compromise. To me, compromise is you need to narrow the issue until you get to an amount of the issue that you agree on.

So on immigration, maybe half of immigration reform, 80 percent of Congress agrees to. But to my mind, the Democrats are saying they want everything, citizenship, everything they can get, all at once or nothing whereas I think there’s an in between where we could find work visas for a lot of the people that are here and normalize their existence as long as we do it and it’s dependent on border security, there’s a lot of things we can do, but the question is do we have to have everything the Democrats want or are they willing to go part way?

CROWLEY: Just listening to Dan Pfeifer, and now to you, it says to me that this year, as we all know, is a midterm election year. It’s the third of the Senate, all of the house up for election or at least the seats there. The fact is it doesn’t sound like much big is going to get done this year. PAUL: Well, actually, I’m a favor of trying to do something with the small things that we agree on. And I tell audiences all the time, if I’m in an audience that’s half Republican and half Democrat, I say, look, we don’t agree on every issue, but if we agree on three or four out of 10, why don’t we thought it pass those?

One thing we could do and I’ve asked the president this directly, I think we can let companies, U.S. companies bring profit home from overseas, tax it at five percent, put that money into the infrastructure, and I think everybody wins. You lower tax rate, you get more tax revenue, and you’re able to build infrastructure. That’s a win, win, win situation.

And it’s a narrow focus. It’s not overall tax reform, but when you narrow focus like that I think we could agree to things and get them done.

CROWLEY: I wonder if you can fill in this blank for me. I know you’ll be giving your own state of the union response but give us a preview and fill in the blank. The state of this union is —

CROWLEY: And is it doable that you all can get together this year? Just again, people sort of look at the field and say, big things are not going to happen. You may get your little things but you don’t see anything big this year toward that.

PAUL: Well, we kind of fundamentally disagree on how you’d actually create jobs. The president thinks that you collect money from the rest of the country, bring it to Washington, and then we re- pass it out. That creates jobs. Well, what he misunderstands is that nine out of 10 businesses fail, so nine out of 10 times, he’s going to give it to the wrong people. He gave $500 million to one of the richest men in the country to build solar panels and we lost that money.

I would give the money back to those who earned it in the form of tax reductions, and then I think it wouldn’t be us choosing who the winners are. The marker place, the consumer picks the winners, and it’d be much more likely to create jobs that way.

CROWLEY: You have filed suit against National Security Agency basically aimed at that big metadata program where they collect information on phone calls made here in the U.S. and into the U.S. Have you gotten any democrats or any Republicans, for that matter, to join you in that suit?

PAUL: There are several Democrats who I talk with on a routine basis about trying to reform the NSA. I don’t know if any of them are ready to be on the lawsuit yet. But on legislation, I am on legislation with Senator Wyden and Udall and Blumenthal to try to reform the FISA courts, to try to reform the NSA, to try to end some of this collection of records. But our court case will be historic because it will be the first time that a class action suit over 350,000 people are saying you can’t have my phone records if the warrant doesn’t have my name on it and it doesn’t specify what you want them for and it doesn’t accuse me of some kind of crime with probable cause.

This is an incredibly important debate over the fourth amendment. And so, I think our lawsuit will have great ramifications and I think it will make it to the Supreme Court.

CROWLEY: Your party this week again had sort of a fluff-up over a somewhat taken out of context remark, but nonetheless, it was attributed certainly to Mike Huckabee who I know you know and he said that Democrats were treating women like uncle sugar, like they couldn’t control their own libido. It caused a stir.

He said it was out of context. Reince Priebus then said, listen, we got to watch our words and our tone as we try to bring in minorities and women to the Republican Party. Do you think it’s a matter of words and tone?

PAUL: Somewhat. And I think also a lot of the debates we have in Washington and public generally are dumbed down, they’re characterized, and we get to the point where we’re talking about stuff and throwing stuff back in forth and we are never getting to the truth. You know, the whole thing of the war on women. I sort of laughingly say, yes, there might have been, but the women are winning it.

I’ve seen the women in my family and how well they’re doing. My niece is in Cornell Vet School and 85 percent of the people in vet school right now are women. Over half of the young people in medical school and dental school are women. Law school, the same way. I think women are doing very well and I’m proud of how well we’ve come and how far we’ve come and I think that some of the victimology and all this other stuff is trumped up.

We don’t get to any good policy by, you know, playing some sort of charade that somehow one party doesn’t care about women or one party is not in favor of women advancing or other people advancing.

CROWLEY: I want to ask you, there’s been a bit of a dust-up over some remarks you made this week which seem to suggest there was a way the government might halt aid to single women who receive government poverty funds if they keep having children. Can you explain to me what you meant?

PAUL: Actually, I said kind of the opposite. I said a lot of times government can’t do anything about this but the number one cause in our country — and I don’t think you can debate this — of poverty is having kids before you’re married.

PAUL: But I tell people over and over again, I can’t make you get married. I can’t do anything about that. But what I would say is that we shouldn’t just give up.

The community, ministers, pastors, parents, grandparents, we need to be saying — and this is maybe one of the most important things we ought to be saying that doesn’t have a specific policy prescription — but we need to be telling our kids that poverty is linked to having children before you’re married and the institution of marriage is incredibly important, not just as a religious institution, but as an economic institution.

CROWLEY: So, you did not suggest that women who continue to have children that are receiving poverty aid —

PAUL: I didn’t come up with — it’s kind of tricky to say exactly what I did say. I didn’t come up with a policy prescription. I would say I mused about what are we going to do and does government have a role in it. And I mostly concluded by saying it’s a community, it’s a religious, it’s a personal problem, but it is a problem and I mused about how you’d have a government policy but I actually came down saying it would be very difficult to have a government policy.

But many people have thought about this. It’s just a matter of how you would institute a government policy that didn’t create incentives to have more children. And, it’s not that I’m against children. I come from a large family and I think we all — you know, it’s wonderful. But it needs to — in the right context, it can lead to a great life. But in the wrong context, it really is — can be a burden for those who aren’t yet married.

CROWLEY: Senator Rand Paul, thanks so much for your time this morning.