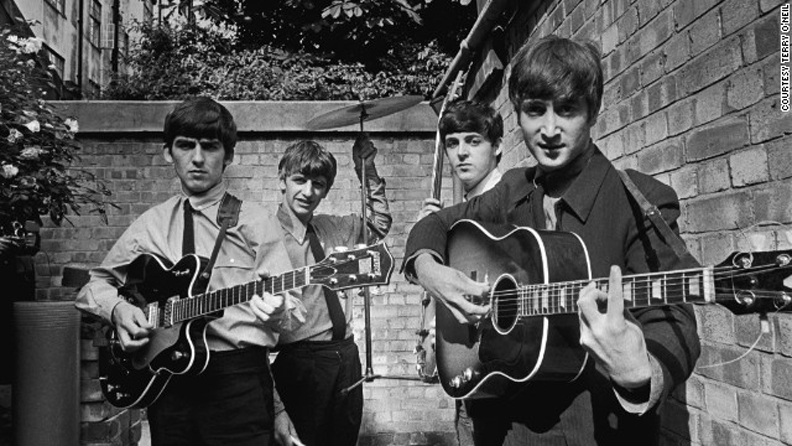 Extraordinary series THE SIXTIES from Playtone, Herzog & Company begins May 2014

Multiple Emmy® Award-winning executive producers Tom Hanks and Gary Goetzman (HBO’s John Adams and The Pacific), and Emmy® Award-winning producer Mark Herzog (History’s Gettysburg) of Herzog & Company (HCO), will reignite the landmark musical revolution of 1964 in this special presentation from their CNN Original Series.  The one-hour special, THE SIXTIES: The British Invasion will premiere on CNN/U.S. on Thursday, Jan. 30 at 9:00pmET and PT.  The full 10-part episode CNN Original Series THE SIXTIES will begin in May 2014.

The British Invasion begins with the breakthrough performance of The Beatles on The Ed Sullivan Show, which was watched by a record-setting 73 million viewers, blazing a culture-changing path through America fifty years ago next month.   The Beatles’ success was quickly followed by other British bands hoping to conquer the hearts of American teens.  Those siren calls of The Animals, The Kinks, The Hollies, The Dave Clarke 5, The Who, and The Rolling Stones are all revisited in this paean to the power of the music that defined a generation – and remain vital and relevant today.

The Ed Sullivan Show introducing The Beatles to America aired on Feb. 9, 1964, and their thrilling, mesmerizing appearance launched a revolution in fashion, hairstyles, advertising, politics, and sexual mores that have influenced virtually every aspect of modern American life.  Throughout the special, soul song legend Smokey Robinson; Graham Nash (of The Hollies and Crosby, Stills, Nash, and Young); Ahmir “Questlove” Thompson, music journalist, record producer and drummer for the Grammy® Award-winning band The Roots; rock columnist David Wild; Micky Dolenz of the American musical group, The Monkees; and more, all provide insights into how the “British invasion” was actually a reciprocal flow of influences back and forth with American artists.  The legendary era of Bob Dylan, Motown, The Beach Boys, and others, laid down the beats that formed the soundtrack of a generation.

THE SIXTIES: The British Invasion follows the strong ratings success of THE SIXTIES: The Assassination of JFK (1963), which was seen by 21.0 million total viewers and 8.2 million viewers in the coveted 25 to 54 age demo.  The Assassination of JFK (1963) and The British Invasion will air again when full THE SIXTIES series launches in May 2014.  The 10 episodes of THE SIXTIES focus on the indelible impact of technology, drugs, music, “free love,” and civil rights, bringing new insights to the landmark events and extraordinary people which shaped our history and character as Americans – and changed the world.