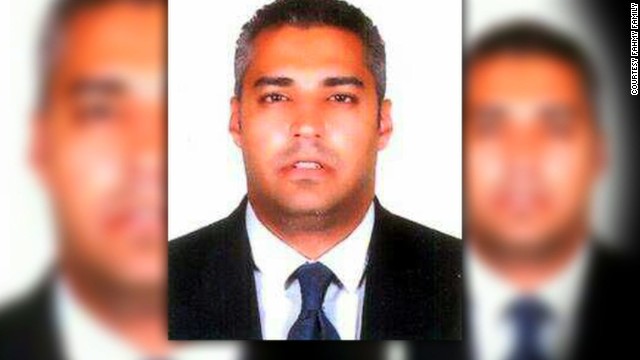 CNN’s Hala Gorani (@halagorani) interviews the brother of Al Jazeera producer Mohamed Fahmy, who was taken into custody Sunday in Egypt by authorities who accused him of belonging to a terrorist group.

Speaking from Kuwait City, Adel Fahmy says accusations that his brother is a member of the Muslim Brotherhood are not true.

“These are extremely false accusations, could not be further from the truth. He’s a very objective journalist, producer, reporter, and he’s always taken pride in his job.”