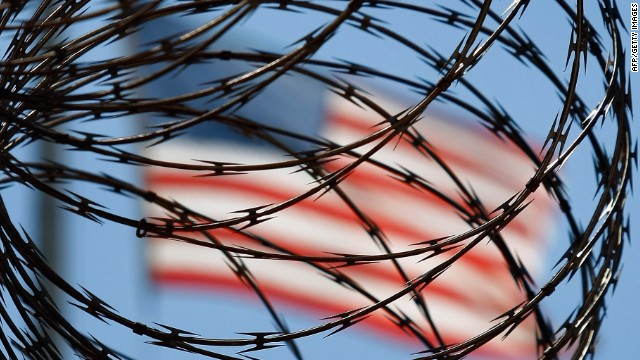 U.S. Major General Michael Lehnert (retired), first commander of the Guantanamo Bay Prison, told CNN’s Christiane Amanpour that he thinks the terrorists were “successful” in changing America, and he wants to see the facility closed.  “The objective of terrorism is to change the nature of their adversary,” he said. “And I would opine that they’ve been successful. They’ve changed the way we’ve acted, they’ve caused us to walk away from the Constitution, and they’ve caused us to act as if we were afraid.”  He added  “We need to move forward; we need to say that the Constitution doesn’t stop at our water’s edge and that we need to close Guantanamo.”

Lehnert was there in the very first days of the Guantanamo Bay Prison; originally, he said, he thought it would be open for only a short time.  “But as I was down there, by about the second month, I realized that we were going to be in for the long haul,” he said. “I also began to recognize that many of the individuals that had been sent to me probably never should have been sent there in the first place.”

The act of holding someone prisoner while often “a very necessary act” is also “soul-deadening” for the jailer, he said.  It is for that reason, he told Amanpour, that he committed himself to following the Geneva Conventions – that despite the fact that his civilian boss at the time, Secretary of Defense Donald Rumsfeld, claimed that the document did not apply to prisoners at Guantanamo because they were not prisoners of war, but rather “unlawful combatants.”  “History’s going to judge whether or not he was wrong,” Lehnert said of Rumsfeld.