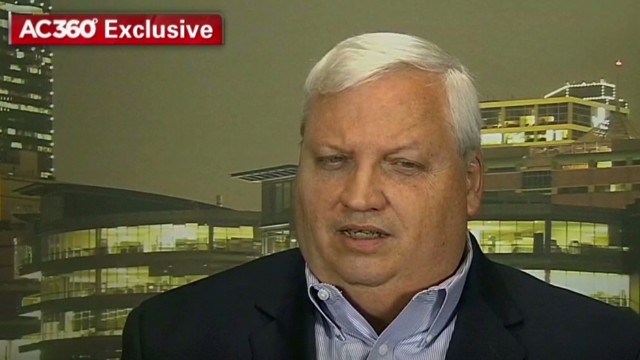 AC360 Exclusive with Eric Boyles on his loss and “affluenza” defense

With tears rolling down his check, Boyles told Anderson Cooper “The primary message has to absolutely be that money and privilege can’t buy justice in this country, that it’s not OK to drink and drive and, you know, kill four people, wound — severely injure another and not have any consequences to that.”

Eric Boyles’ wife and daughter were killed in the drunk driving accident at the center of the “affluenza” case. Ethan Couch, a 16 year old was sentenced to 10 years’ probation after his drunk driving crash led to the death of four people. Although Couch’s blood alcohol was three times the legal level for an adult, the  judge ruled that Couch needed therapy after a psychologist – and defense witness- testified Couch was a product of something he called “Affluenza,” a lifestyle where wealth brought privilege and there were no consequences for bad behavior.