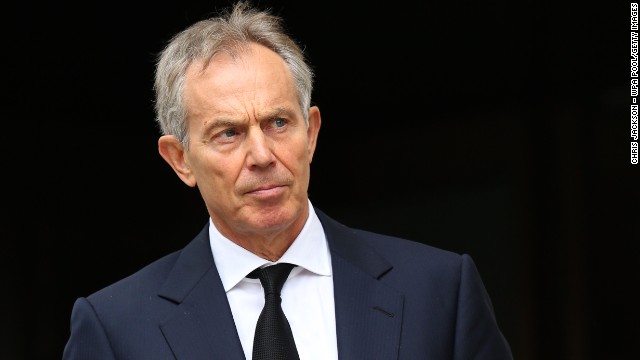 Former Prime Minister of the United Kingdom Tony Blair told CNN that Nelson Mandela’s influence on the peace process in Northern Ireland was “hugely important” and his leadership “made racism seem somehow stupid and old-fashioned and irrelevant” to people in Western countries.

“As a leader, he was just a huge inspiration. I remember when we started our own peace process in Northern Ireland, he was such an example for reconciliation, forgiveness, the ability to put the past behind you,” Prime Minister Blair said. “He was hugely important in all the work we did for Africa and for ushering in a whole new generation of leaders in Africa. But I will also remember him as a man coming and visiting me in Downing Street, and he’d come in the door and after saying hello to myself and my wife, he’d say hello to the people on the door, the people making the tea, the staff members. He had a wonderful way about him. And to be with him, by the way, was enormous fun.”

Blair added, “I think for a lot of people in Western countries, he made racism seem somehow stupid and old-fashioned and irrelevant, as well as, wrong. He had that quality because his greatness as a leader was so obvious, he just stood frankly taller than anyone else.”

“The best advice I got was particularly I remember around the Northern Ireland peace process,” Blair said. “It was very, very difficult because there was so much bitterness and suffering, actually…. And he used to always say look, ‘The suffering is there and it’s real. And you can’t wish it away.’ He said, ‘You don’t pretend it hasn’t happened. And you can’t forget it. But what you can do is embrace the future in a way. That means that you triumph over that adversity and that suffering.’ And that was for me, what he represented…. It was hugely important for us.”