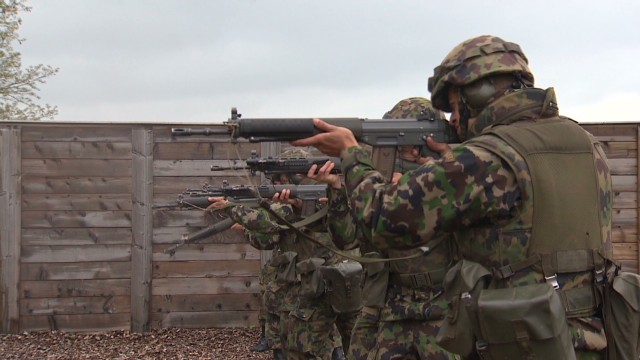 As the grim first anniversary of one of the nation’s deadliest shootings in history approaches, CNN’s and TIME’s Fareed Zakaria looks for lessons for America from Europe, Asia, and Latin America  for reducing the nation’s gun deaths.  Defining the problem, Zakaria reports that according to the CDC, there were more than 30,000 gun deaths in America in 2010, the most recent year with complete data – and, more than 19,000 of those were suicides.  Perhaps even more alarming, in 2012, among active military personnel, more service personnel died by suicide, than were killed in hostile action.

Global Lessons on Guns – A Fareed Zakaria GPS Special debuts Sunday, Dec. 8 at 7:00pm ET on CNN/U.S.  In the special, Zakaria takes viewers to Colombia, Switzerland, Japan, Israel, and Australia for policy lessons from other mass gun murders, and suicide prevention – which may work in the U.S..

Japan, a nation with a population of 130 million, spent more money on video games than any other nation in 2012 – except the U.S.  Yet, despite the concerns of some in the U.S. of an association between video games and gun violence, in 2012, there were four gun deaths in Japan.

The love that the people of Switzerland have for firearms rivals that of Americans.  Switzerland ranks third in the world for per capita gun ownership, according to one estimate – behind only Yemen and the U.S. – and Switzerland is also home to the largest marksmanship competition in the world.  Yet, Switzerland’s homicide rate is six times lower than that of the U.S.   Swiss regulations on firearms are much stricter than in the U.S.

For Australia, former Prime Minister Howard speaks about his nation’s gun policy reform efforts in the wake of the Port Arthur massacre.  Like the 2012 massacre at Sandy Hook Elementary School, the Port Arthur massacre ended the lives of children.  Howard feels political leadership is essential to curbing gun violence.   Leveraging his political capital, Howard describes the political strategy – and consequences – of spearheading a package of reforms including background checks, restrictions on gun ownership, and gun buyback programs.

The most moving segment of the special focuses on the U.S. Army’s efforts to reduce gun suicides.  On average, every day in America, 100 people die by suicide.  Half of these cases involve firearms – and, among active duty military personnel, between 2008 and 2010, nearly two thirds of suicide deaths involved firearms.

Zakaria interviewed Gen. (ret.) Peter Chiarelli about the U.S. Army’s efforts to battle lobbyists’ efforts that would block any suicide prevention reforms that include restrictions on firearms.  That fight continues, though the U.S. Department of Defense recently reported that suicides for active duty personnel have decreased by 22 percent in 2013, partially due to increased vigilance and suicide prevention programs:

“I would be very, very careful in not underestimating the impact of 13 years of war, on an all-volunteer force.  I think we were seeing, in those [high] suicide numbers, some of the effect of high stress and trauma,” Gen. Chiarelli says in the documentary, recalling his service as the number two ranking officer assigned to suicide prevention.  “This is an area that we, in fact, have to attack.”

An essay on what America could learn about gun policies around the world, written by Fareed Zakaria, may be found at www.cnn.com/gps.   During the special broadcast, producers of the special will engage viewers with using the hashtag “#globalguns.”