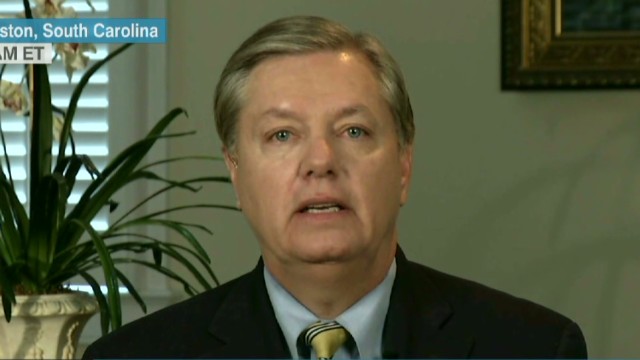 Senator Lindsey Graham (R-SC), Armed Services Committee member, told “New Day” Anchor Kate Bolduan that he is “very worried” about the nuclear deal with Iran because it’s “so far away from the end game.” Senator Graham said that Iran could still go nuclear with this deal in place, and Congress is going to “weigh in more aggressively” by passing more sanctions in the next couple of weeks to force Iran to stop enrichment and dismantle reactors.

Sen. Graham said, “[Congress] is going to come up with a new round of sanctions that really defines the end game. I think there’s bipartisan support to dismantle the plutonium reactor and to stop enriching in Iran completely.”

When Bolduan asked Sen. Graham what the alternative is, he replied, “Sanctions that get them to the table. And once they get to the table, to let them know, ‘Here’s your alternatives. If you want a commercial piece of a nuclear power program, Lindsey Graham agrees, that is an acceptable outcome. Have a commercial nuclear reactor, just let the international community control the fuel cycle. You’re insisting on the right to enrich. Given your behavior, you’ve abandoned that right. One, there is no right and we’re not going to give it to you.’ Once you get them to the table, you let them know what the final deal will look like and say, ‘take this or else.’”