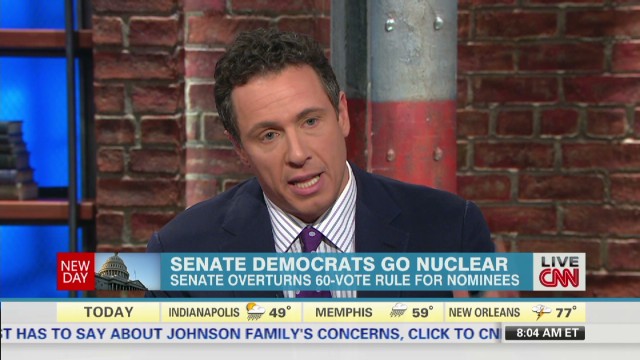 “I have worked in a legislative body that operated by majority rule and we worked together fine,” Sen. Kaine said. “This will not make anything worse.  You can work together in a majority rule situation, just like you can with filibusters, holds and clotures. I actually believe that the Senate rules were impeding us working together. And look, the Senate this year has passed historic immigration reform.  We passed a historic Marketplace Fairness Act last week, we passed the historic bill that guarantee LGBT Americans couldn’t be discriminated against in the workplace. The Senate is doing things.  We are reaching across the aisle and solving problems.  This will not change that in one respect.”