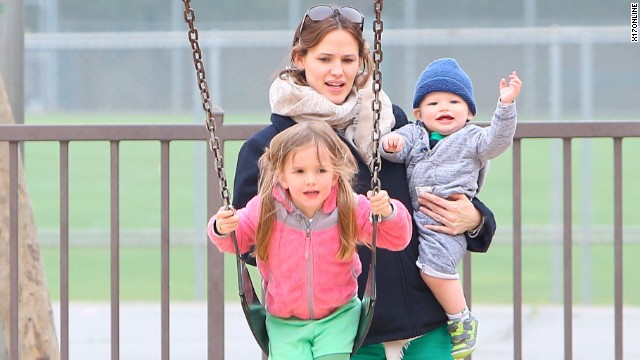 Jennifer Garner advocates for Save the Children; says there are still “ten cars outside” her house every morning

This morning on “New Day,” “Dallas Buyer’s Club” actress Jennifer Garner advocated for Save the Children, emphasizing to Anchor Chris Cuomo why it’s important to her for the government to pass legislation to finance early education. Garner also commented on recent legislation that protects children from paparazzi harassment in California, beginning January 1st. She was joined by Mark Shriver, senior vice president of Save the Children.

Garner said, “This is important to me because the playing field for kids in America is not equal. And I’ve travelled around the country with Save the Children, going into homes and seeing the way that kids are growing up – there are 16 million kids growing up in poverty in America. And without starting from the very beginning and getting an earlier start on their education, they have very little chance of catching up….”

“I’m looking forward to January 1st, when the law will go into effect, but no, so far I haven’t seen a bit of difference,” Garner said about the paparazzi law. She adds, “The threat of it is not enough. There are ten cars outside my house every single morning.”