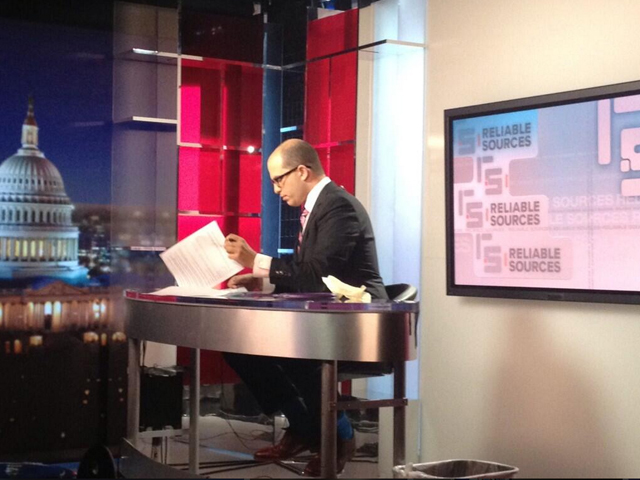 CNN has named The New York Times media industry reporter Brian Stelter host of Reliable Sources, the network’s weekly show that focuses on the top media stories and news analysis each Sunday at 11:00amET on CNN/U.S.  Stelter will also serve as a senior media correspondent for CNN Worldwide, reporting on trends, personalities, and companies across the media spectrum — from news to entertainment.  He will report daily on CNN/U.S., CNN International, CNN.com, CNNMoney.com, and across CNN’s vast mobile and social landscape, feeding and flowing into his show and creating a multiplatform, global media beat for CNN.

“Brian has emerged as one of the top media reporters in the country and will be a great addition to our many platforms,” said Jeff Zucker, president of CNN Worldwide.  “He grew up in the digital space, and has covered the media industry for his entire career.  Brian has a keen understanding of this field – as both a journalist covering the industry and as an innovator – first, by creating his own digital platform, and second, by also leveraging the countless ways information is disseminated to enhance his storytelling.  I’m thrilled to welcome him to CNN to this newly broadened role.”

Stelter will be joining CNN from The New York Times, where he has worked since 2007, and has covered television and digital media for the Media & Advertising and Arts sections of the newspaper and for the newspaper’s blog, Media Decoder.   In 2013, he published The New York Times best-selling book “Top of the Morning: Inside the Cutthroat World of Morning TV (2013),” about the competitive world of morning news shows.

“It is an honor to take the helm of Reliable Sources, the very best of a very small number of programs about the media’s role in society,” said Stelter.  “I’m equally excited about reporting throughout the week on CNN’s many digital platforms and television networks.  CNN is reimagining media coverage at what is the best time ever to be covering media, and I’m very happy to be a part of it.”

Stelter created TVNewser, a blog covering the television news industry, in 2004, while a college freshman at Towson University.  Six months later he sold TVNewser to Mediabistro.com, though he continued to edit and write for the blog for three additional years.  He joined The New York Times in 2007, after graduating from Towson with a degree in mass communications with a concentration in journalism.

CNN’s Reliable Sources is a weekly television program that takes a critical look at the media each Sunday at 11:00amET on CNN/U.S.  The topical discussions and guests on each show review print, digital, film, and broadcast media coverage of politics, sports, entertainment, and general news.  CNN launched Reliable Sources in 1992.