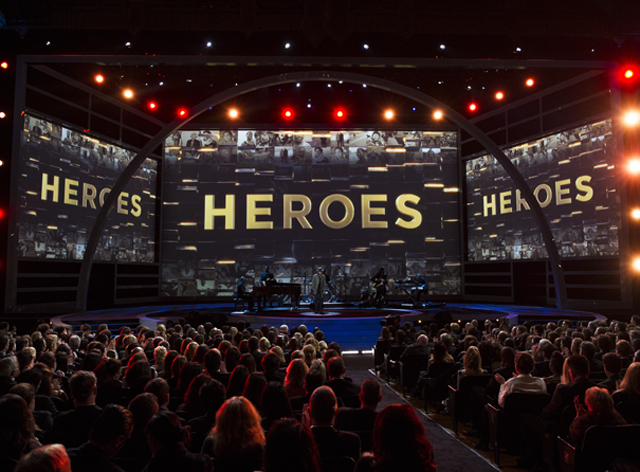 This year’s celebrity presenters also include comedian Jim Gaffigan, actor Josh Lucas, and three-time Grammy Award-winning musician Ne-Yo. Grammy-nominated Daughtry and Grammy-nominated Sara Bareilles will be the musical guests. Sure to be two powerful performances, Daughtry will perform a medley of his hit “Home” and of his brand-new single “Waiting for Superman” in honor of American troops returning home. Sara Bareilles will perform her inspiring hit single “Brave.” Adding some laughs to the evening, comedian Jim Gaffigan will perform a short stand-up set.

Each celebrity presenter will join a 2013 CNN Top 10 Hero on stage, sharing their inspirational story. During the celebration, which takes place at the American Museum of Natural History in New York City, the 2013 CNN Hero of the Year will be announced.

Now in its seventh year, the Peabody Award-winning CNN Heroes tribute show has received more than 50,000 nominations from more than 100 countries and profiled over 200 everyday heroes doing extraordinary work. Voters can log on to CNNHeroes.com to cast votes for any of their favorite Top 10 Heroes to be named Hero of the Year, with voting occurring once a day, every day until November 17 at 11:59pm, PT.

Stories and photo galleries of the Top 10 Heroes can be found at CNNHeroes.com.

CNN Worldwide, a division of Turner Broadcasting System, Inc., a Time Warner Company, is the most trusted source for news and information. Its reach extends to nine cable and satellite television networks; one private place-based network; two radio networks; wireless devices around the world; CNN Digital Network, the No. 1 network of news Web sites in the United States; CNN Newsource, the world’s most extensively syndicated news service; and strategic international partnerships within both television and the digital media. For more information, visit http://www.CNNPressroom.com.