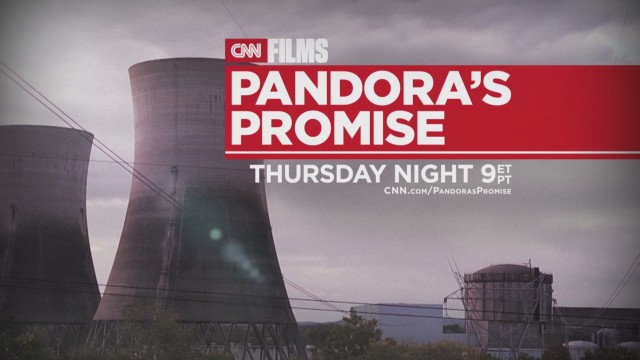 Pandora’s Promise debuted at the Sundance Film Festival in January 2013 and is set to debut for the first time ever on television on Thursday, Nov. 7.  The CNN Films broadcast will premiere tomorrow from 9:00pm to 11:00pm and 11:00pm to 1:00am on CNN.  All times Eastern.  During the film, users can join the debate with the filmmaker and environmentalists from all perspectives on this topic online tomorrow by using #PandorasPromise or by tweeting to @CNNFilms on Twitter.

More information about Pandora’s Promise may be found here: www.cnn.com/pandoraspromise.