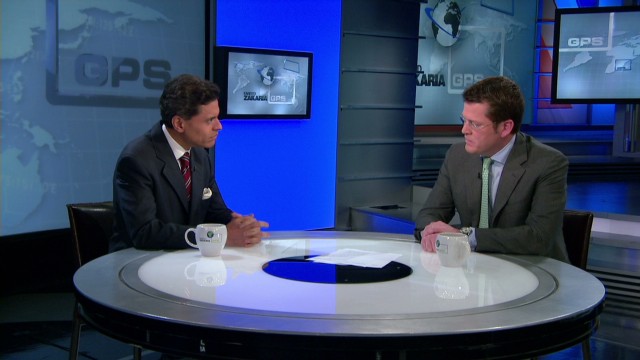 Guttenberg on GPS: Everyone Spies

So given those realities I just talked about, what is really going on in the heads of European officials?  Is all this anger and outrage genuine?  Who better to ask than a former top official who can speak freely?

That’s why I’ve invite Karl-Theodor zu Guttenberg to come on.  He was Germany’s Defense Minister from 2009 to 2011, before that the nation’s minister of economics and technology.

He’s now a distinguished statesman at the Center for Strategic and International Studies here in the United States.

GUTTENBERG:  Well, everyone spies on each other.  That’s a fact.  And, at the moment, we hear interesting voices (inaudible) tries to deny that we don’t do it and they do it.  Everybody does it.

What I didn’t know and I didn’t have an idea of the level of (inaudible) spies.  So we wouldn’t have made the decision to spy on the top level of alliance partners, of allies.

That was — that’s definitely a new dimension and that’s probably one of the main reasons for the outrage in Germany at the moment.

ZAKARIA:  Let me ask you, does the German government not try to get information on what the president of France is thinking?

GUTTENBERG:  We have close relationships and the first thing to do is usually to pick up the phone and talk to your partners and not to tap the phone.  So there’s — there are steps you usually should go and we were not interested of spying on the top level of other partners.

ZAKARIA:  So what do you think that this means for European-American relations?  How serious has the breach of trust been?

GUTTENBERG:  It’s rather serious.  It’s something new.  We’ve had misunderstandings on one or the other side.  We have different perceptions on certain issues, namely Iraq, Guantanamo, or even climate change and other things.

So but we also had a pragmatic way to reach out to each other and to find a solution.  Now, we are at the level that European leaders don’t only lose faith in a partner, but also their face.

So the face-losing aspect of it is actually that you’ve — take the example of Angela Merkel.  She was defending the NSA program this summer.  She was publicly defending it despite being in an election campaign.

It was not very popular, as you can imagine, but she, as a committed Trans-Atlanticist, she defended the NSA program.  And, then, to learn, two or three months later, that she personally was tapped.

And, then, to learn that actually the American President knew about it already in summer, that’s one of the moments which I could consider as being face-losing relevant.

ZAKARIA:  And you know Angela Merkel well.  You served as her defense minister.  How angry do you think she is?

GUTTENBERG:  She is, I think, really disappointed and she is a very analytical person, but she shows lots of emotions when it comes to the Trans-Atlantic friendship and partnership.

But to wait up until the moment a German delegation comes to Washington, I think those are tiny, little diplomatic steps that would be incredibly helpful if they would be installed in the right place.

ZAKARIA:  Pleasure to have you on.  Thank you so much.

GUTTENBERG:  Great to be here.  Thank you.