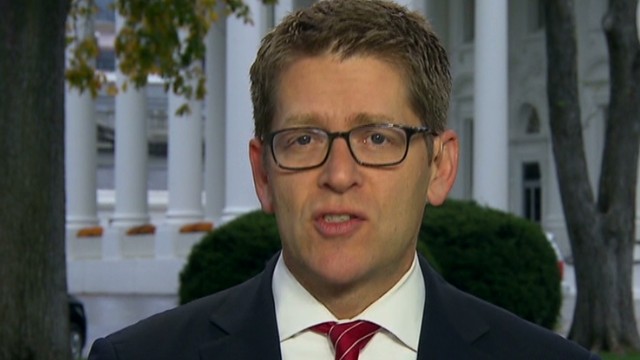 “Campaigns test everything. They run everything through the polls and focus groups. Whatever proposition it is, they test it out,” Carney stated. “What matters here is, I know for a fact, that President Obama never considered this. Never thought about it. Never entertained it. The Vice President has been a partner of his from the 2008 campaign on. He’s been an excellent governing partner, and an excellent campaign partner. Again, campaigns test everything, but as the book itself says, this was never considered by the President.”

On Obamacare enrollment numbers, Carney said, “We are going to get the numbers we need. We believe we’re going to get the numbers we need. We have a six month open enrollment period for that reason. The numbers that have cited in these reports are from notes. And by definition, when you have a website that isn’t functioning well, you’re going to have problems and we’ve owned up to that repeatedly.” He added, “When it comes to low numbers early in the enrollment stage, I think we have to look at Massachusetts, which under Governor Romney introduced a healthcare reform plan very similar to what the President has introduced here. And in their first month of enrollment, only 123 people enrolled for premium paying plans in Massachusetts…. They had massive enrollment towards the end of the enrollment period…. We always expected enrollment figures to be low. We were saying that before October 1st….”