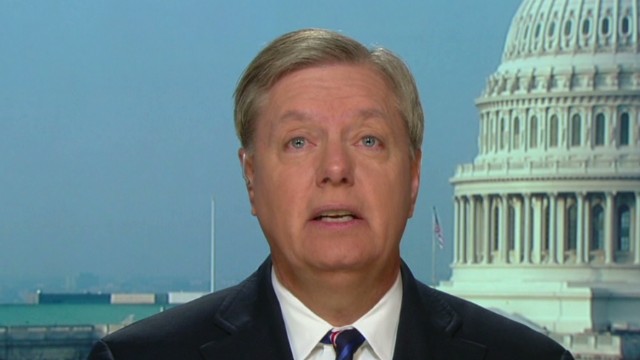 Sen. Graham: “Very good” chance of getting access to Benghazi survivors, witnesses by stopping nominations; President “0 for 3” on Obamacare

Senator Lindsey Graham (R-SC) joined “New Day” to talk Obamacare rollout and yesterday’s congressional hearing, as well as, his firm stance on stopping presidential nominations until he gains access to witnesses and survivors of the Benghazi attack that killed four people, including Ambassador Christopher Stevens.

On Benghazi, Sen. Graham said, “This is a big deal. We haven’t gotten the truth. And the only leverage I have is to insist upon this information being released by stopping nominations. I’m not asking for too much. Is it really too much for me to want to talk to the people who were in Benghazi independent of the administration? Or should, in the future, the Congress just be told to shut up and go away, trust us, we’ve looked at it.”

He added, “I’m asking every Republican and Democrat to join together and tell this administration you can’t get away with this. This is a bad precedent.”