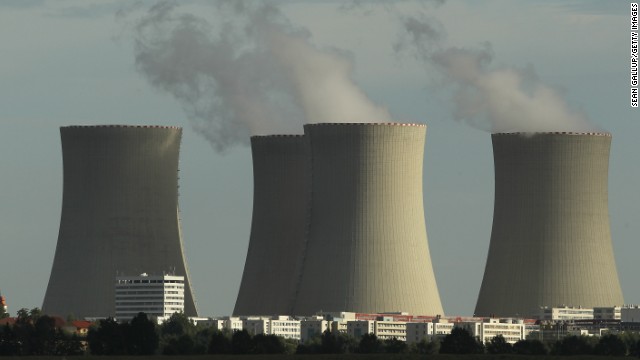 PANDORA’S PROMISE, premiere at the Sundance Film Festival in January, will receive its global television debut as a CNN Films broadcast on Thursday, Nov. 7 from 9:00pm to 11:00pm, with encores from 11:00pm to 1:00am and 2:00am to 4:00am.  All times Eastern.

The atomic bomb and accidents at Chernobyl, Three Mile Island, and Fukushima bring to mind apocalyptic disasters, but the science and experience since suggest that long-held fears about nuclear power may be wrong.  Academy Award®-nominated director Robert Stone examines how fears of “nukes” may have extended the era of fossil fuels, perilously accelerating the pace of climate change as the global demand for energy soars, particularly in the developing world.  Stone takes his camera inside the exclusion zone around Fukushima, and even ventures inside the notorious Chernobyl nuclear power plant.

Stone tells the intensely personal stories of environmentalists and energy experts who have undergone profound conversions from being passionately against, to strongly favoring nuclear energy – putting their careers and reputations on the line in the process.  Through the voices of Stewart Brand, Gwyneth Cravens, Mark Lynas, Richard Rhodes, and Michael Shellenberger, Stone exposes this rift within the environmental movement as they describe their individual journeys of defection.  Also included are interviews with two pioneering engineers of next generation nuclear reactors.

When PANDORA’S PROMISE and BLACKFISH were announced as part of the 2013 fall slate of the network’s documentary presentations, Jeff Zucker, president of CNN Worldwide, said, “Both of these special films represent exactly the type of engaging, thought-provoking content that is the mission of CNN Films.”  “Through our acquisitions and commissions of exceptional factual content, we aim to encourage dialogue on the issues raised in the films with our filmmakers, experts, and other stakeholders via our robust television, digital and social platforms,” he said.

“I made this film in order to illuminate what I see as the ‘elephant in the room’ when it comes to the ongoing debate about how to tackle climate change,” Robert Stone said.  “We have a moral imperative to lift billions of people out of poverty, while at the same time dramatically reducing CO2 emissions.  How to do that is the central issue of our time and that led me to take a second look at nuclear energy,” Stone said.