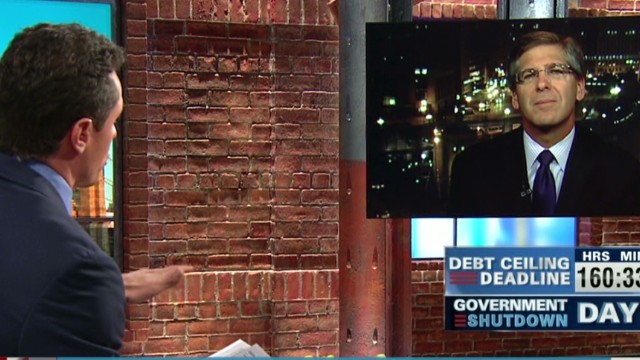 PwC Chairman: Donations to lawmakers who don’t act will be withheld

When “New Day” Anchor Chris Cuomo asked PricewaterhouseCoopers Chairman Robert Moritz if his company and other CEOs will withhold donations to lawmakers who do not fix the stalemate over the government shutdown and debt ceiling, he answered “yes.” Moritz claimed that two thirds of CEOs in the United States are “concerned” about the inaction that is creating “uncertainty,” and “consequences” will occur if government officials cannot reach an agreement. Moritz said that both Democrats and Republicans are to blame, and a newly proposed short term fix on the debt ceiling without reopening the government would be “more of the same.”

On whether or not donations to lawmakers who do not work towards an agreement will end, Moritz said, “The answer is yes. You see CEOs doing that today. We’re considering it, as well. We’re trying to get the money to the people we believe actually are doing the right things and have the right debates and are willing to push the agenda. And step aside their political positions to get to what is the right answer for the U.S. economy and the U.S. people.”