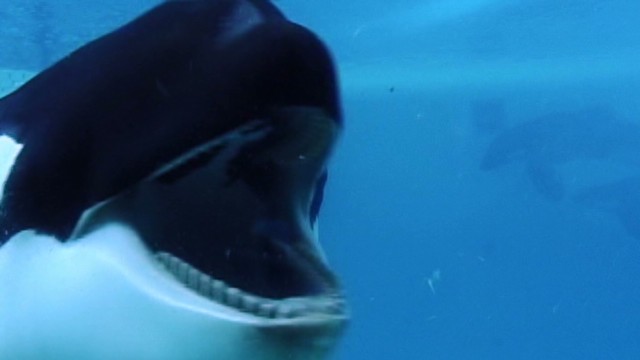 As the weather cools, CNN Films’ fall schedule heats up with two, new-to-television documentaries that examine the relationship between humans and nature.  On Thursday, Oct. 24 from 9:00pm to 11:00pm and 12:00am to 2:00am, CNN will air BLACKFISH, the story of a performing orca, connected to the deaths of several people while in captivity.  And, on Thursday, Nov. 7, CNN will air PANDORA’S PROMISE from 9:00pm to 11:00pm and 12:00am to 2:00am, a film that explores the personal journeys of several environmental experts who evolved from being strongly against to being strongly in favor of nuclear energy.  All broadcast times are Eastern.

“Both of these special films represent exactly the type of engaging, thought-provoking content that is the mission of CNN Films,” said Jeff Zucker, president of CNN Worldwide, when the documentaries were announced as part of the 2013 fall slate of the network’s documentary presentations.  “Through our acquisitions and commissions of exceptional factual content, we aim to encourage dialogue on the issues raised in the films with our filmmakers, experts, and other stakeholders via our robust television, digital and social platforms,” he said.

BLACKFISH traces the 39-year history of killer whales in captivity leading up to a 2010 incident in which an experienced Sea World trainer was killed by the 12,000-pound orca, Tilikum.  Tilikum had previously been associated with the deaths of two other trainers.  Director Gabriela Cowperthwaite chillingly demonstrates that this incident of violence is hardly isolated, while exploring the extraordinary nature of orcas, thought to be one of the most intelligent species in the animal kingdom.  The film is a story about the consequences of captivity for these animals that have thrilled millions in performances, but lead a much darker existence when the show is over.

The atomic bomb and accidents at Chernobyl, Three Mile Island, and Fukushima bring to mind apocalyptic disasters, but the science and experience since suggest that long-held fears about nuclear power may be wrong.  Academy Award®-nominated director Robert Stone examines how fears of “nukes” may have extended the era of fossil fuels, perilously accelerating the pace of climate change as the global demand for energy soars, particularly in the developing world.  Stone takes his camera inside the exclusion zone around Fukushima, and even ventures inside the notorious Chernobyl nuclear power plant.  Through the intensely personal stories of environmental thinkers, this award-winning film reveals a rift within the environmental movement as they describe their individual journeys of “defection,” in the debate over how to manage climate change.

In the days leading up to both premieres, CNN will offer “second screen” experiences to engage viewers new to these films – and viewers who may have previously enjoyed the theatrical releases of these documentaries.  Online, users will be able to find articles related to the content in the films on CNN.com.  On the evenings of the premieres, users will be able to also share behind-the-scenes reactions with representatives of the films, and interact with the CNN Films team via live blogs on the evenings of the premieres.

The live social blogs for both films will capture and curate the real-time conversations across multiple social platforms on the films’ topics (including Twitter via @CNNFilms), powered by ScribbleLive.  In addition to the live social blog for BLACKFISH, on Thursday, Oct. 24, viewers will be able to interact with the film’s director Gabriela Cowperthwaite, via Facebook in a live chat facilitated by CNN Films.