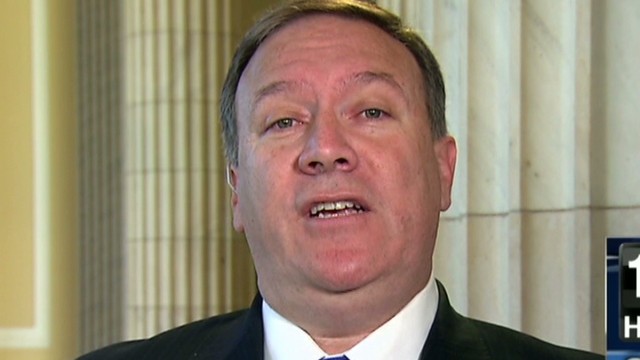 Rep. Mike Pompeo (R-KS) told CNN Anchor Kate Bolduan that “it’s impossible” for him to vote for a short term stop gap measure to fund the government without healthcare amendments, that the House of Representatives worked all weekend while “the Senate slept,” and President Obama has delayed other pieces of the Affordable Care Act for “his cronies.”

Rep. Mike Pompeo said, “The Senate didn’t work this weekend. They went home. It was shocking to me. We finished at one in the morning, or so, on Sunday morning, and the Senate slept. I find that arrogant beyond all possible imagination that you wouldn’t come back and deal with this looming government shutdown on the day when the American people very much need you to be here working.”

“This President has already delayed big pieces of the Affordable Care Act for his friends, for big business, his cronies,” Rep. Pompeo added. “All we’re asking is to delay other pieces like the individual mandate that will affect low income people in Kansas. Delay it for a year.”