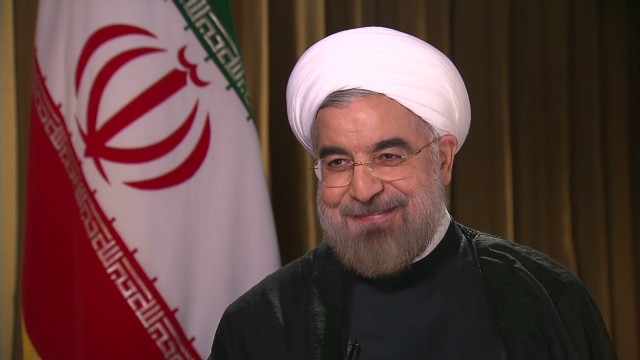 In his first television interview during his historic trip to the United States, Iranian President Hassan Rouhani spoke to CNN’s Christiane Amanpour.  During the interview President Rouhani delivered his first English-language message to the American people, saying “I would like to say to American people: I bring peace and friendship from Iranians to Americans.”

In the wide-ranging interview President Rouhani tells Amanpour that plans were in the works to meet with President Obama at the UN.  He also discussed his country’s nuclear policy, saying that he has full authority to negotiate a nuclear deal.  On the Holocaust, Rouhani said it was “reprehensible and condemnable.”

The full interview will air on Amanpour. on CNN International at 2pm and 5 pm ET.