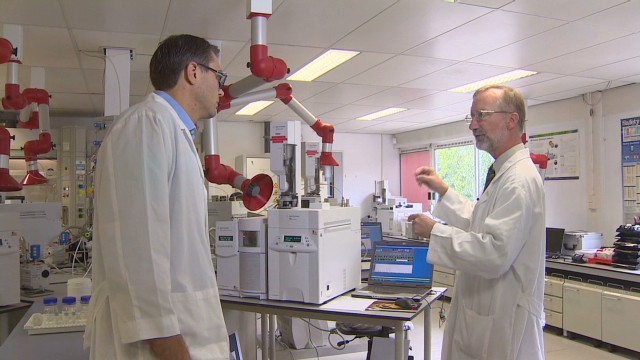 CNN’s Fred Pleitgen (@fpleitgencnn) gets rare access to the inspectors and laboratory that collected the chemical weapons evidence in Syria.

The Organization for the Prohibition of Chemical Weapons (OPCW) lab, which is based in the Netherlands, analyzed the samples collected by U.N. inspectors following a gas attack on August 21 on the outskirts of Damascus.

While the inspectors are not allowed to talk specifically about their investigation in Syria, Dr. Hugh Gregg, Head of OPCW Laboratory, tells Pleitgen their routine analysis – the Gas Chromatograph-Mass Spectrometer (GCMS) – can see samples that “have been there for weeks or months.”