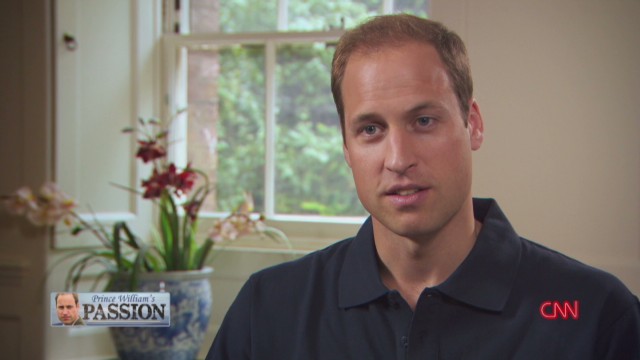 Prince William on his emotional connection to Africa “For me, it’s a sense of freedom”

In Prince William’s Passion:  New Father, New Hope airing on CNN this Sunday, September 15th at 10 pm ET, Prince William tells CNN’s Max Foster that for him “it’s a sense of freedom, being out in the middle of nowhere in Africa.”  The documentary chronicles the Prince’s passion for conservation in Africa and its endangered species.  He describes the first time he saw Africa, “I had no real idea that I would feel that way. I never realized how much emotionally and sort of mentally it would affect you.  It is magical.”

About the animals he fell in love with as a young boy, he tells Foster “You want to stand up for what is very vulnerable and what needs protecting and elephants, rhinos and many other animals that are persecuted, the natural environment itself: it doesn’t have a voice.”  Later, he explains how becoming a father has changed his perspective:  “I just think the last few weeks for me have just been a very different emotional experience.  Something I never thought I’d feel myself.  And I find, again, it’s only been a short period, but a lot of things affect me differently now.”