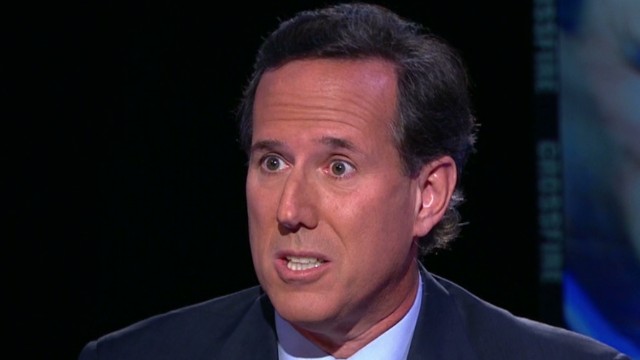 Santorum: U.S. has no national security interest to intervene in Syria

CNN’s CROSSFIRE hosts Van Jones and S.E. Cupp talk with Joe Lieberman and Rick Santorum about U.S. involvement in Syria.  The former Senator from Pennsylvania, Santorum, declared that the U.S. has “no national security interest” to intervene in the Syrian crisis.  In this clip, he explains his views.

CROSSFIRE airs each weekday at 6:30pmET.  Tonight’s topic will be gun policy, in the wake of two recall elections for Colorado state legislators who had supported policy reforms.