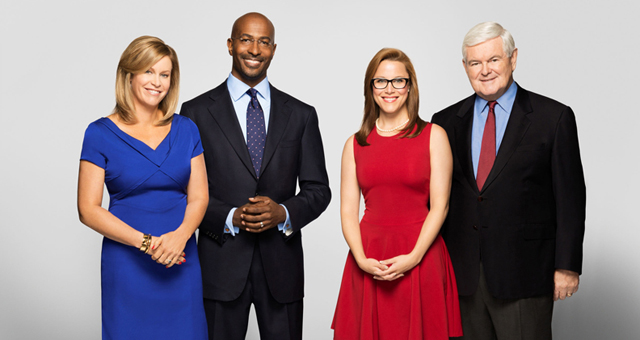 Keeping with its pioneering tradition of cross-platform programming, CNN will allow CROSSFIRE viewers to choose their interactive second-screen experience via Twitter, Facebook, or CNN.com/Crossfire to vote via mobile, tablet, or desktop platform and weigh in on the issues debated on the program.  In a first for a television news program, CROSSFIRE will offer viewer voting using Poptip technology that tallies votes of CROSSFIRE’s daily debate question.  Via Twitter using #CrossfireReturns, on CNN’s live blog, or by commenting to CNN’s CROSSFIRE page on Facebook, users will be able vote in real time.  Results will be announced during the program.

Tonight, users will be able to join in the debate with hosts Newt Gingrich and Stephanie Cutter and guests Sen. Rand Paul (R-KY) and Sen. Robert Menendez (D-NJ), by voting on whether Congress should approve the president’s plan to strike Syria.  User results will air during the premiere program.