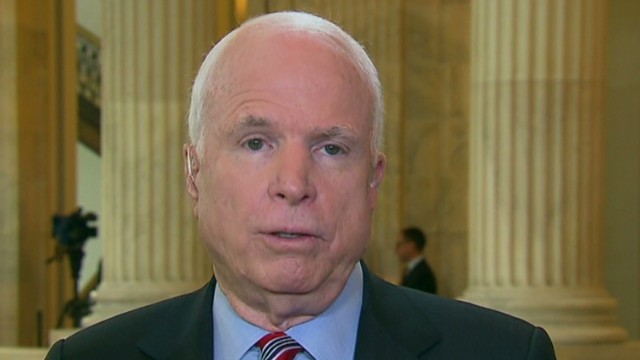 Senator John McCain (R-AZ) told “New Day” Anchor Chris Cuomo that President Obama is “seriously” considering providing weapons to Syrian rebels. Senator McCain also made it clear that he doesn’t want to wait to take action until the United Nations weighs in with its report because the credibility of the United States is on the line and “no further proof” is needed on whether or not the Syrian regime used chemical weapons.

“We discussed… about increasing the capabilities and that means providing not only weapons, but the kind of weapons they need, which are anti-armor and anti-air. AK-47s don’t do very well against tanks,” McCain said. “So, we discussed that. And that would be a course of action that the President would seriously consider.”