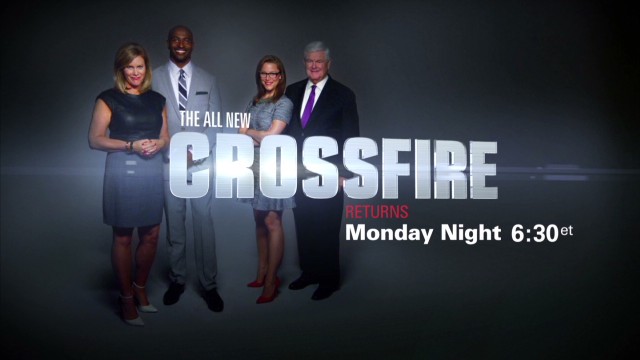 CNN today confirmed it will accelerate the launch plans for two of its new fall programs, CROSSFIRE and AC360° Later.  In light of rapidly changing events impacting the American response to the Syrian humanitarian crisis, launches for both new shows have been moved forward to premiere on Monday, Sept. 9, 2013, on CNN/U.S.

CROSSFIRE, the 30-minute topical debate program, will air Mondays through Fridays at 6:30pm, with encores at 2:00am on CNN/U.S.  CROSSFIRE will also air each weeknight on CNN International at 11:30pm.  Episodes of AC360° Later, the 60-minute panel discussion program hosted by CNN’s Anderson Cooper, will focus on a range of news and pop culture topics with informed guests and correspondents, and will air Mondays through Thursdays on CNN/U.S. and CNN International at 10:00pm.  All times Eastern.

Hosted by S.E. Cupp, Stephanie Cutter, Newt Gingrich, and Van Jones, the network’s new edition of CROSSFIRE will reflect the format of the classic program, featuring two of its regular hosts, from different ideological perspectives, to discuss the key news and cultural issues of the day.  A guest with special insights on the topic central to that day’s debate will join in the discussion with the hosts, each of whom themselves have special areas of subject expertise.