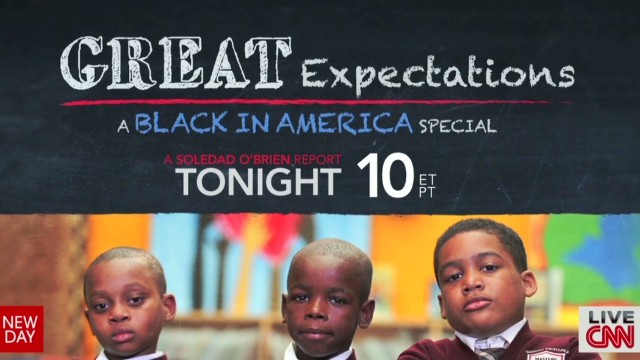 Soledad O’Brien appears on “New Day” to discuss her latest Black in America special, Great Expectations, which takes a look at the vast achievement gap in the education system between white and black children. O’Brien follows a seven-year-old child for a year at the Mastery School, a collaboration between the Minneapolis Public Schools Board of Education (MPS) and local charter school CEO, Eric Mahmoud. O’Brien explores both sides of the issue, including the debate over funding charter schools like this one. O’Brien’s special debuts Friday, August 30 at 10:00 p.m. ET/PT on CNN.

“The building’s on fire. Clearly. It’s not just Minneapolis, it’s across the country,” O’Brien said. “You have this massive achievement gap in a population that’s only growing. Black and brown students are the fastest growing demographic.”