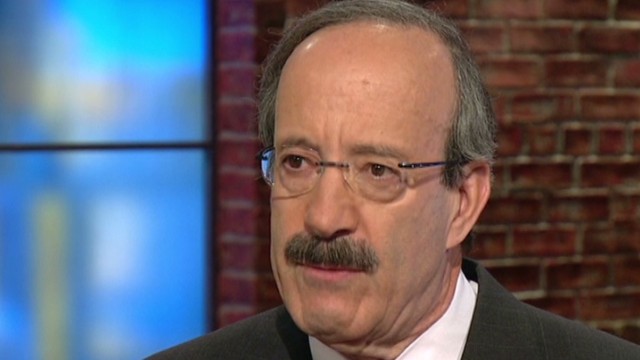 Rep. Eliot Engel (D-NY), Ranking Democrat on the House Foreign Affairs Committee, spoke to “New Day” Anchor Kate Bolduan about U.S. intelligence regarding last week’s chemical weapons attack in Syria and the British parliament’s decision to not take military action. Although he prefers an international coalition, Rep. Engel believes the U.S. should intervene whether or not any other country joins, but thinks countries like Saudi Arabia and Turkey will be on board. Later in the interview, he states that President Bashar al-Assad was involved in the attack.

On Britain voting against military action in Syria, Rep. Engel said, “… What any other country does in their parliament is what they do, but it doesn’t mean that they have veto power over what we do. I think that we are that leaders of the free world and we stand for something and we ought to show that this is not something that we can let stand.”

“Well, I think if we have to, then I think we will,” Rep. Engel said on taking unilateral action. “I would much prefer, obviously, if there was an international coalition. And there will be other countries that will support us.”

“Well, there’s no doubt that Bashar al-Assad was directly involved, that he knew what happened,” Rep. Engel stated. “Nothing happens in Syria without his involvement. It’s not where some underling can make a decision and do it. He has to approve this. And he is aligning himself with a terrorist group, Hezbollah. He’s become Iran’s proxy in Syria.”